The official says the support from Ukraine's strategic partners is crucial. 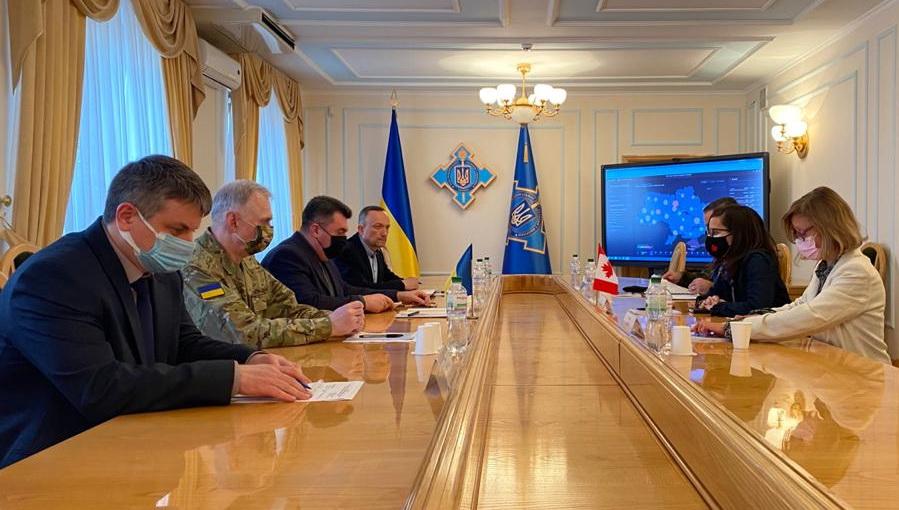 According to him, the NSDC's office is monitoring the situation round-the-clock and developing various scenarios for responding to developments, the NSDC's press service quoted Danilov as saying during a meeting with Ambassador Extraordinary and Plenipotentiary of Canada to Ukraine Larisa Galadza.

"Unfortunately, Russia doesn't plan to give up attempts to destabilize the situation in the region," he said, adding the support from Ukraine's strategic partners is crucial in countering Russia's hybrid threat.

During the meeting, the officials discussed topical issues of bilateral security cooperation. They also exchanged views on the security situation in the region, in particular, in the context of Russia's escalating influence in neighboring Belarus and preparations for the Russian-Belarusian Zapad-2021 strategic exercises.

Read alsoNATO says it is concerned about Russian military build-up near Ukraine – mediaThe NSDC secretary expressed gratitude to the Canadian side for comprehensive assistance to Ukraine. "Canada is our reliable friend and partner," he said.

In turn, Galadza highlighted Ukraine's determination in sanctions policy and reaffirmed Canada's lasting support of Ukraine on the way to restoring territorial integrity and sovereignty over the temporarily occupied territories.