Such an order was given from higher offices, claims the former general who himself is being accused of high treason for weakening Crimea defenses. 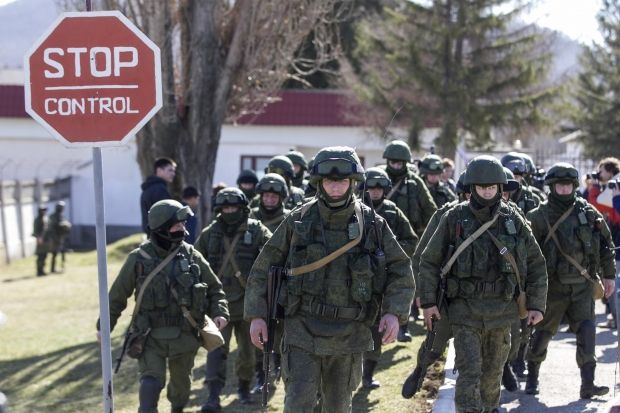 Former chief of the General Staff of the Armed Forces of Ukraine Volodymyr Zamana says military officials in 2016-2017 destroyed the files shedding light on the orders issued by state leaders and military command during the onset of the Russian invasion of Crimea in February-March 2014.

"Not a single soldier who was in Crimea, not a single soldier in the General Staff is aware of any orders. We inquired with the Defense Ministry and received a response that there is no intelligence data about the violation of Crimea airspace, on the use of the Russian armed forces, on the order (of the then acting President Oleksandr) Turchynov on the use of the Armed Forces. Their response is that all these files were destroyed in 2016-2017," he told the Gordon news outlet, presenting the relevant documents.

Such an order was given from higher offices, the former military official suggests.

Read alsoRussia may soon deploy nuclear weapons in occupied Crimea – NSDC secretary"The defense minister had no right, and he would not have assumed such a responsibility, to destroy such files. This was just an order from higher offices. What was the reason? To hide idleness or ill intention. Because these are very important files," Zamana said.

The former official also asked the ministry to provide information of a written order of the then acting President Turchynov on the use of weapons against the Russian invaders in Crimea in 2014. Zamana recalls that Turchynov had earlier spoken about issuing such an order.

"At the same time, there is no information in the Main Operations Directorate of the General Staff of the Armed Forces of Ukraine that Acting President of Ukraine Oleksandr Turchynov issued a written order to use weapons against Russian troops on the territory of the Autonomous Republic of Crimea and the city of Sevastopol from February 23, 2014, to March 31, 2014," he said.

This is not the first time Zamana hits Turchynov with the accusations of inaction at the onset of Russian occupation of Crimea. In 2019, Zamana claimed – also in an interview with Gordon he gave after the court of appeals released him from custody in a high treason case, where it's the ex-general who is suspected of deliberately weakening Crimea defenses – that Turchynov never issued an order for the military to defend the peninsula.

Zamana is convinced the documents obtained by his lawyers suggest that Turchynov, who was acting president of Ukraine in 2014, has not fulfilled the duties prescribed by the Constitution.

The then Chief Military Prosecutor Anatoliy Matios on February 25, 2019 announced former chief of the General Staff of the Armed Forces of Ukraine Volodymyr Zamana had been detained on charges of high treason.

On February 26, Kyiv's Pechersk district court satisfied military prosecutors' motion to keep former chief of the General Staff of the Armed Forces of Ukraine Volodymyr Zamana in custody for a month.

Read alsoSBU on interview with Russian terrorist Girkin: It was interviewer's initiativeIn May 2019, Kyiv's Court of Appeals canceled the preventive measure against Zamana in the form of arrest and chose a new one as a personal commitment.

The two interviews aired over the course of just one week in May 2020 by Ukraine's long-standing and rather controversial media figure and host Dmitriy Gordon have sparked massive public outrage and even drew attention of the officials and law enforcement.

Gordon, who has largely been off the Ukrainian TV networks over the past years, focusing on his YouTube channel, raised many eyebrows as he uploaded an interview with Natalia Poklonskaya, an odious Crimean prosecutor who flipped sides during the Crimea annexation, acquired Russian citizenship and secured the post of chief prosecutor for the occupied peninsula before making it to Russia's State Duma in the latest elections held including in the seized Crimea, which Ukraine has repeatedly stressed must not be recognized.

Another interview was with an infamous Igor Girkin (aka Strelkov), a Russian military veteran who led Moscow's proxy forces in Donbas at the onset of Kremlin's aggression in Ukraine's east.

Journalists and opinion leaders took to social networks to share their indignation over the recent stunts by the Ukrainian host, with some expressing sheer disgust at the attempt to legitimize war criminals in the media space, some stating the fact that the interviews were anything but hard talk, being just way too convenient for speakers, and some raising questions: who fixed those interviews and for what purpose the provocative content is being broadcast.

Russia occupied Ukraine's Crimea in March 2014 after its troops had occupied the peninsula. An illegal referendum was held for Crimeans to decide on accession to Russia. De-facto Crimean authorities reported that allegedly 96.77% of the Crimean population had voted for acceding to Russia.

On March 18, 2014, the so-called "agreement on the accession" of Crimea and the city of Sevastopol to Russia was signed in the Kremlin.