Now the decision should be considered by the PACE Monitoring Committee and the Committee on Rules and Procedures (Regulatory). 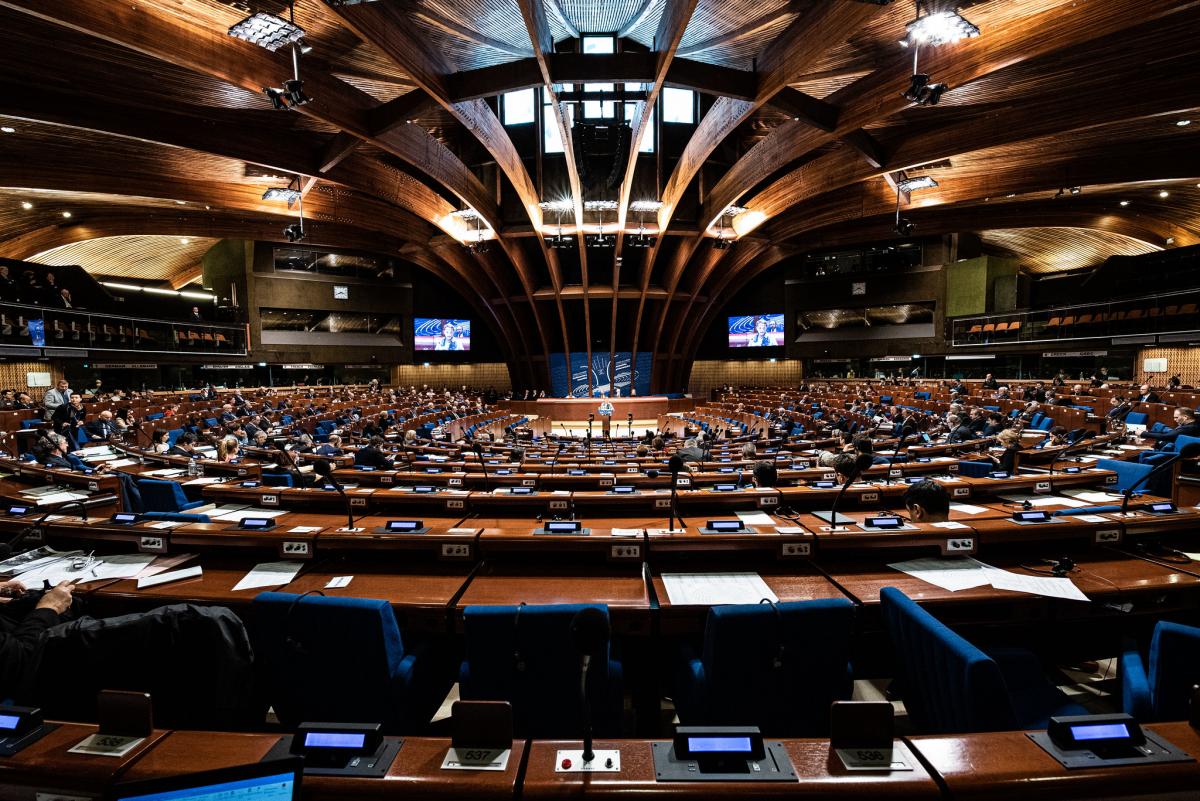 The Parliamentary Assembly of the Council of Europe (PACE) has backed Ukraine's initiative to appeal the credentials of the Russian delegation.

The relevant initiative of Head of the Ukrainian delegation to PACE Maria Mezentseva was backed by 38 PACE members from over five delegations. These votes were enough to ensure an appeal, an UNIAN correspondent reports.

Read alsoMezentseva voted in as new chair of Ukraine's delegation to PACEBoris Tsilevitch (Latvia), presiding over the assembly, said the corresponding initiative must be supported by 30 representatives from at least five delegations for Russian delegation's credentials to be appealed.

Mezentseva proposed to appeal the Russian delegation's credentials because of the policy of the Russian authorities aimed at violating political and civil freedoms, arrests of opposition leaders and hundreds of Russian citizens, violations of human rights in occupied Crimea, as well as violations of many PACE resolutions.

She reiterated persons from the territories occupied by the Russian Federation were illegally included in the Russian delegation to PACE.

Now, after appealing the Russian delegation's credentials, the decision should be considered by the PACE Monitoring Committee and the Committee on Rules and Procedures (Regulatory). The monitoring committee within 24 hours must prepare a report and present it to the delegates on the situation with the observance of human rights in Russia, while the regulatory committee must prepare an opinion on the appeal of powers.

The PACE winter session is being held in Strasbourg on January 25-28.

During the opening of the session, Ukrainian delegates, as well as their colleagues from Lithuania, Latvia, Estonia and Georgia planned to initiate a procedure for appealing the Russian delegation's credentials, DW's Ukrainian service reported.

According to the PACE regulations, procedural problems or substantive grounds could lead to an appeal. This includes a violation of Article 5 of the Charter of the Council of Europe, which states that each member state must respect the principle of the rule of law and guarantee to all its citizens the protection of their rights and fundamental freedoms.

If the initiative receives support, the issue will be considered by the PACE monitoring or regulatory committee. In its resolution, the committee may recommend to the assembly to confirm credentials, not to confirm them, or to confirm with restrictions.