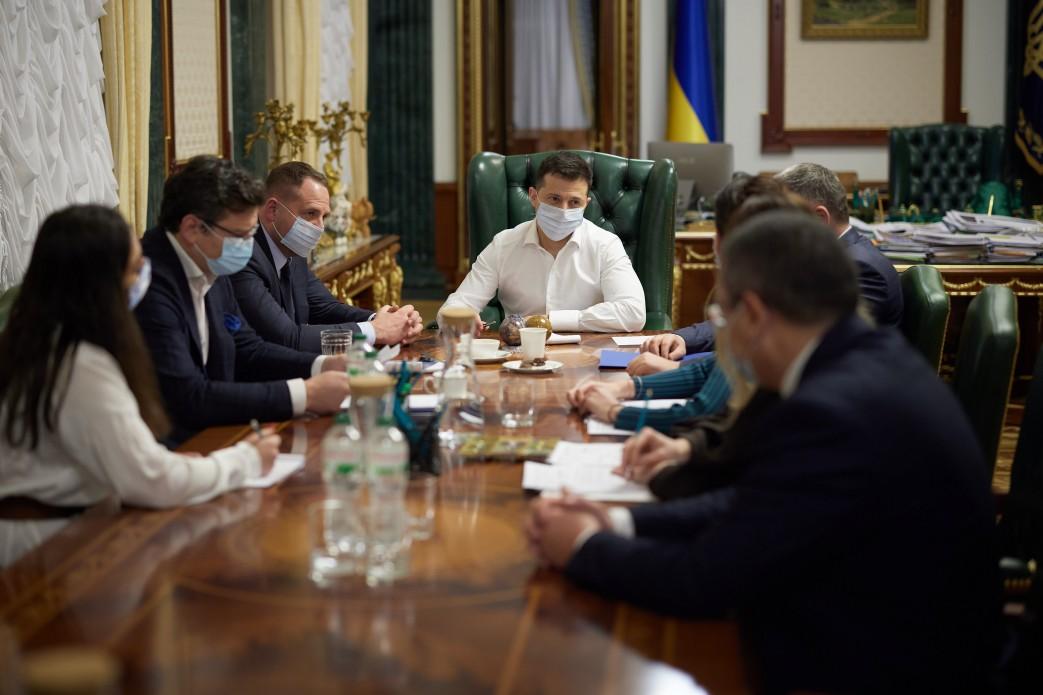 Ukrainian President Volodymyr Zelensky has praised the Ukrainian delegation's performance at the latest session of the Parliamentary Assembly of the Council of Europe (PACE).

On February 17, Zelensky met with members of the Ukrainian delegation, the Foreign Ministry and the President's Office to discuss Ukraine's PACE-related activities, according to the presidential press service.

"Head of Ukraine's permanent delegation to PACE, MP from the Servant of the People parliamentary faction Maria Mezentseva said the latest visit of the Ukrainian delegation was very productive. According to her, the main achievement was the fact that the Russian delegation's PACE credentials were challenged with proof of violations committed not only in Ukraine [in occupied Crimea and Donbas], but also in other countries," reads the report.

Read alsoFM Kuleba slams PACE decision not to sanction Russian delegation"The fundamental issue for us is to explain at PACE what the Crimean Platform is and to invite the world community to join the restoration of international law and the territorial integrity and sovereignty of Ukraine," Zelensky said.

Mezentseva said the invitation to the Crimean Platform was welcomed by many strategic partners and friends of Ukraine, including the Baltic States, Turkey, Azerbaijan, Denmark, Sweden, Germany, etc.

The MP also stressed Ukraine at PACE ceases to be a country of "one issue" and initiates dialogues on many issues on the international agenda. In particular, Ukraine takes an active part in promoting "environmental democracy." Mezentseva noted many modern Ukrainian laws reflect such European trends as, for example, the movement towards landscaping and the introduction of energy-saving technologies.

She added Secretary General of the Council of Europe Marija Pejčinović Burić was going to visit Ukraine.

"Zelensky, in turn, noted Ukraine was re-launching a competition for the election of a judge to the European Court of Human Rights according to the rules of the European institutions, and shortly our country will be represented in the ECHR by a highly qualified judge with international experience," the press service said.

Ukraine's delegation to PACE: What is known