The minimum number of lawmakers voted for Shkarlet's candidacy. 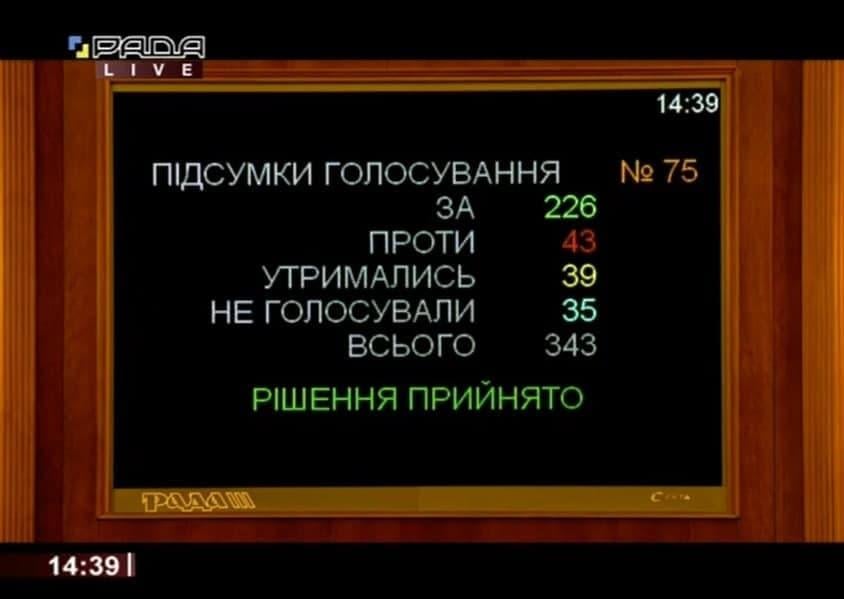 The Verkhovna Rada, Ukraine's parliament, has appointed Serhiy Shkarlet as Minister of Education and Science of Ukraine.

The relevant resolution was backed by 226 MPs, an UNIAN correspondent reported.

The minimum number of lawmakers voted for Shkarlet's candidacy, which determines a positive result. In particular, he was supported by 20 MPs from the Opposition Platform – for Life parliamentary faction, while only 171 MPs from the Servant of the People faction backed his candidacy.

Read alsoUkraine's Rada accepts Veterans Affairs Minister's resignationYesterday, the Verkhovna Rada Committee on Education, Science and Innovations did not support the candidacy of Serhiy Shkarlet for the post of Minister of Education and Science and recommended the session hall to decide.

If you see a spelling error on our site, select it and press Ctrl+Enter
Tags:UkraineministerParliamenteducationVerkhovnaRadaSerhiy Shkarlet