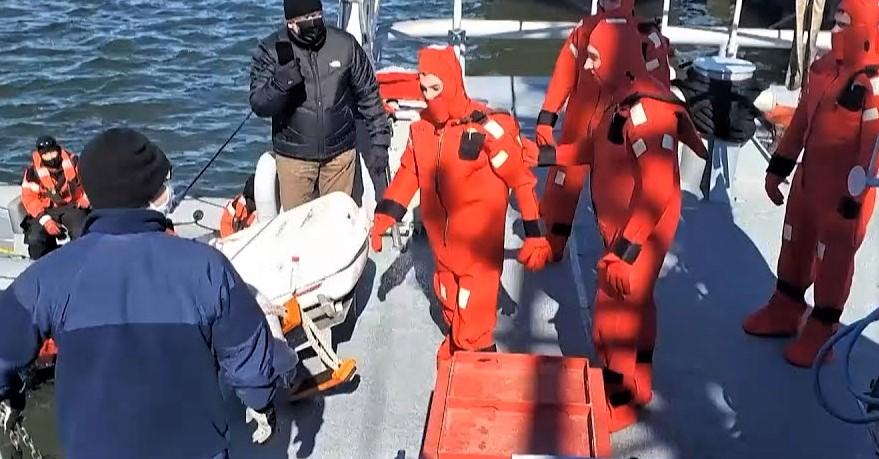 Ukrainian sailors are being trained to operate U.S. boats / Screenshot

Ukrainian sailors are completing their training in the United States, where they have learned how to handle U.S. Island-class patrol boats for further serving on the vessels in Ukraine.

Two U.S. Coast Guard boats that were formerly patrolling the Atlantic coast are currently being prepared for departing to Ukraine's Odesa. They have already received Ukrainian names, "Sumy" and "Fastiv," the TV news service TSN reported.

"I am completely happy with these boats. ... They are not brand new, but their condition is equated to a new one. I believe these boats can serve for at least 15 years," Captain of the Sumy boat Serhiy Shcherbyna said.

He was among those Ukrainian sailors, who in 2014 had to leave the city of Sevastopol after it had been captured by Russian troops.

Members of Ukraine's Navy underwent a special training course in the U.S. to understand the specifics of service on ships that are new to them. Under U.S. instructors' supervision, they learned everything that might be needed in real conditions.

After the training is over, the crews will serve on those boats. They say that during 10 weeks' training, their crews became a real team.

The boats will be able to patrol both the Black Sea and the Sea of Azov, it said.

Now the vessels have been de-mothballed, checked and prepared for service.