Zelensky stressed the need for a real step-by-step plan for Ukraine's accession to NATO, which should be tied to clear dates. 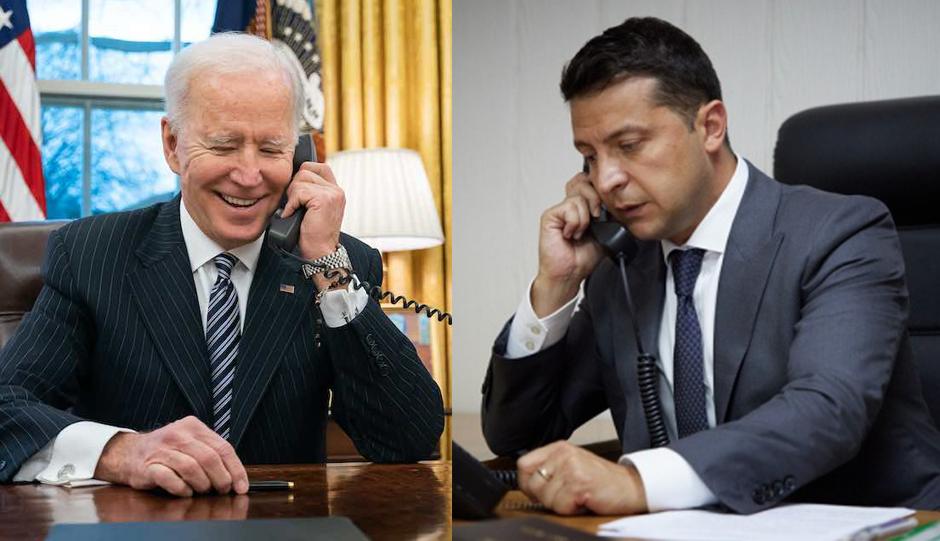 A meaningful conversation between the leaders of Ukraine and the United States of America allowed coordinating in detail the positions of the two states, also testifying to the close and partner relations.

That's according to Andriy Yermak, the head of the President's Office.

"Holding such a concrete and trust-based conversation on the eve of the U.S. president's major European tour, which will include the NATO summit and the U.S.-Russia bilateral summit, indicates that Ukraine and President Volodymyr Zelensky provide our partners with quality expertise on current security challenges and risks in the region," Yermak said.

Particular attention in the call was paid to the issue of the Nord Stream 2 construction that's being finalized. Volodymyr Zelensky "clearly and unequivocally" stated that the project is not a matter of economy or business prospects, as defined by certain European politicians, but purely Russia's geopolitical tool, which allows them trying to significantly expand their dominant influence in Europe.

"Nord Stream 2 significantly increases all existing risks in our region," the report reads.

Read alsoZelensky comments on amended statement concerning Biden's words about Ukraine's NATO MAPVolodymyr Zelensky stressed the need for a real step-by-step plan for Ukraine's accession to NATO, which should be tied to clear calendar dates. The Ukrainian president also stressed that "the time of statements and declarations of intent should be a thing of the past."

"There can be no doubt that Ukraine is an integral part of Europe in terms of its value foundation. Now, in the new situation in Europe, we need a logistical plan for Ukraine's accession to the Alliance in the near future. NATO is a way of maximum protection for our country," the Ukrainian president noted at the talks.

As the President's Office noted, Ukraine's movement toward NATO is also an opportunity to achieve preconditions for establishing a stable and lasting peace in Donbas.

"The situation in Donbas was discussed in great detail," the report reads. "Volodymyr Zelensky named the reasons for the periodic escalation of this confrontation by the Russian side. He reported on the number and nature of shellings from the non-government-controlled territory. He also informed in detail about the real number of Russian troops massed near our borders and those that were redeployed to their permanent bases."

Read alsoZelensky's Office comments on leaked call between Giuliani, Volker, and Yermak"Much of the Presidents' conversation was dedicated to the issue of transforming our state into a transparent and competitive system," the President's Office chief said.

"The American side understands that the elimination of the destructive consensus between oligarchs and politicians in Ukraine is strongly opposed by the old elites. But the U.S. support for Ukraine in this work will be at the maximum level," Andriy Yermak summed up.

U.S. President Joe Biden told Ukrainian President Volodymyr Zelensky in a phone call Monday that he looks forward to welcoming him to the White House after returning from his summer trip to Europe, according to national security adviser Jake Sullivan.

"They had the opportunity to talk at some length about all of the issues in the U.S.-Ukraine relationship and President Biden was able to tell President Zelensky that he will stand up firmly for Ukraine's sovereignty, territorial integrity, and its aspirations as we go forward," Sullivan said.