Ukraine will focus on strengthening international support through the development of bilateral cooperation with its strategic partners. 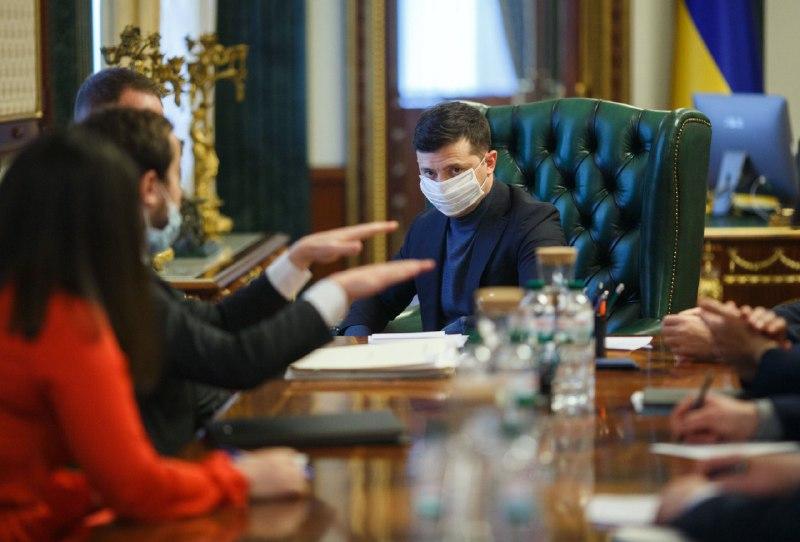 Deputy Head of the Ukrainian President's Office Ihor Zhovkva has said the de-occupation of Donbas, the return of Russia-annexed Crimea, and Ukraine as an active international player are the Presidential Office's diplomatic priorities in 2021.

First, Ukraine will focus on maintaining and strengthening international support through the development of bilateral cooperation with its strategic partners, namely the United States, Great Britain, Germany, France, Canada, Poland, Lithuania and Azerbaijan, Zhovkva wrote in his article for the Dzerkalo Tyzhnia weekly on January 2, 2021.

The President's Office will also continue to work on holding the next summit in the Normandy format in 2021 to discuss the issue of bringing peace to Donbas on Ukrainian terms.

Read alsoPresidential chief of staff Yermak says Normandy advisers to meet in JanuaryThe Bankova, which is a colloquial name for the President's Office in Ukraine, also is willing to preserve the "lasting truce" and intensify the work of the Trilateral Contact Group (Ukraine, Russia, and the OSCE) on the peace settlement in Donbas. In addition, it plans the exchange of held persons and ensure the normal operation of the entry-exit checkpoints on the contact line.

In 2021, Ukraine will continue to work to increase international pressure on Russia.

"The sanctions against Russia are helping Ukraine in the process of peaceful settlement [of the situation in Donbas], therefore, they should remain in place until the status quo is fully restored, which Ukrainian diplomats are working on non-stop year after year and will continue to work successfully to this end," Zhovkva stressed.

The official says the Bankova plans to hold the summit on the Crimean platform as early as in the summer of 2021 to raise the issue of de-occupation of the peninsula.

Also, the Bankova wants to establish a dialogue with Biden's incoming administration. Ukrainian President Volodymyr Zelensky's official visit to the United States will remain on the agenda.

"Among the key tasks is to establish a systematic dialogue with representatives of the renewed Congress to further strengthen bipartisan support for Ukraine. We'll be working to ensure that the renewed U.S. policy would contribute to strengthening transatlantic unity, strengthening NATO, and expanding and strengthening policy and support with regard to Ukraine," Zhovkva said.

A separate block of issues includes Ukraine-U.S. new economic projects in the field of agriculture, energy, and IT.

In relations with NATO, Zhovkva says, the Bankova's task is to make the most of the Enhanced Opportunities Partner status to bring Ukraine closer to membership in the Alliance.

"We're waiting for the partners' reaction to the relevant proposals in this regard, which the president put forward to the NATO Secretary General. We'll make efforts to ensure that a full-fledged meeting of the Ukraine-NATO Commission at a high level takes place in 2021," he added.

The key task for the next year is taking into account Ukraine's Euro-Atlantic goals in the decisions of NATO member states' leaders at the next Alliance summit.

Relations with the European Union

In 2021, the President's Office plans to start consultations on updating the Association Agreement and the Common Aviation Area Agreement between Ukraine and the EU.

At the end of the first quarter of 2021, the Bankova expects the conclusions by the European Commission as regards Ukraine's readiness to sign an Agreement on Conformity Assessment and Acceptance of Industrial Products (ACAA), the so-called 'industrial visa-free regime' with the EU. Kyiv also intends to start a dialogue on its involvement in the implementation of the European Green Deal.