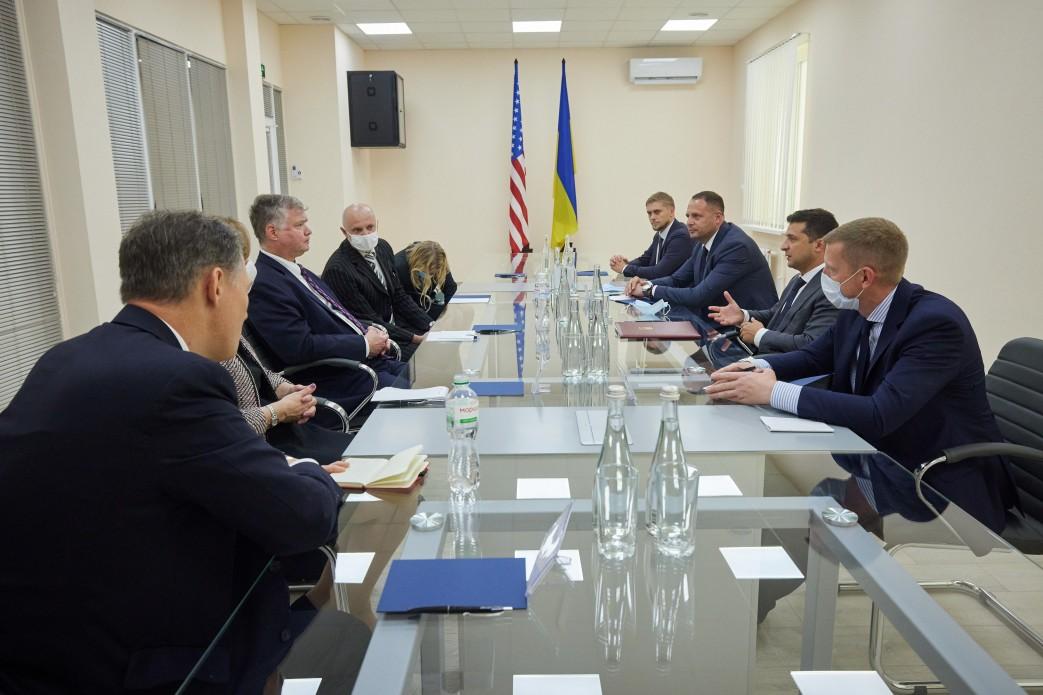 The officials met in the town of Kryvyi Rih during Zelensky's working trip to Dnipropetrovsk region, according to the president's press service.

The meeting took place after a phone conversation between Zelensky and U.S. Secretary of State Mike Pompeo.

Read alsoBiden says to provide Ukraine with lethal weapons if he wins presidential electionBiegun stressed the United States is a strategic partner of Ukraine, and added Ukraine enjoys bipartisan support in the United States.

Zelensky informed in detail about the state of negotiations on ending the war in Donbas and promoting peace in the Minsk and Normandy formats. The U.S. Deputy Secretary of State called the maintenance of a comprehensive and full ceasefire regime for 31 days a great achievement.

In addition, the sides discussed the events in Belarus, agreeing that the situation needs stabilization and peaceful settlement.

Also, Zelensky and Biegun visited PJSC ArcelorMittal Kryvyi Rih. The company is one of the largest producers of rolled steel in Ukraine.