The website calls him an "accomplice of Russian invaders" and a "provocateur." 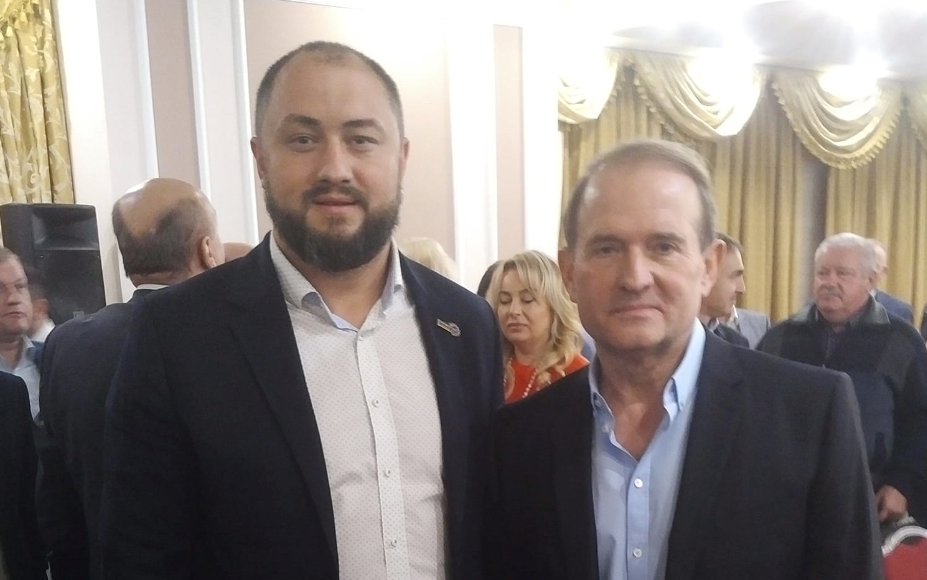 Member of Ukraine's Mykolaiv City Council Maksym Nevenchannyy (Nevenchannyj) representing the Opposition Platform - For Life Party has been included in the so-called Myrotvorets ("Peacemaker") database of persons who pose a threat to Ukraine's national security.

His profile appeared on the Myrotvorets database after he had posted New Year's greetings on his Facebook page with a screenshot of Russian President Vladimir Putin against the background of the Kremlin.

"The Myrotvorets Center asks law enforcement agencies to consider this publication on the site as a statement about committing by this citizen of deliberate acts against Ukraine's national security, peace, human security, and international law and order, as well as other offenses," the site says.

The website calls him an "accomplice of Russian invaders," a "provocateur" and accused him of a "denial of Russian aggression." 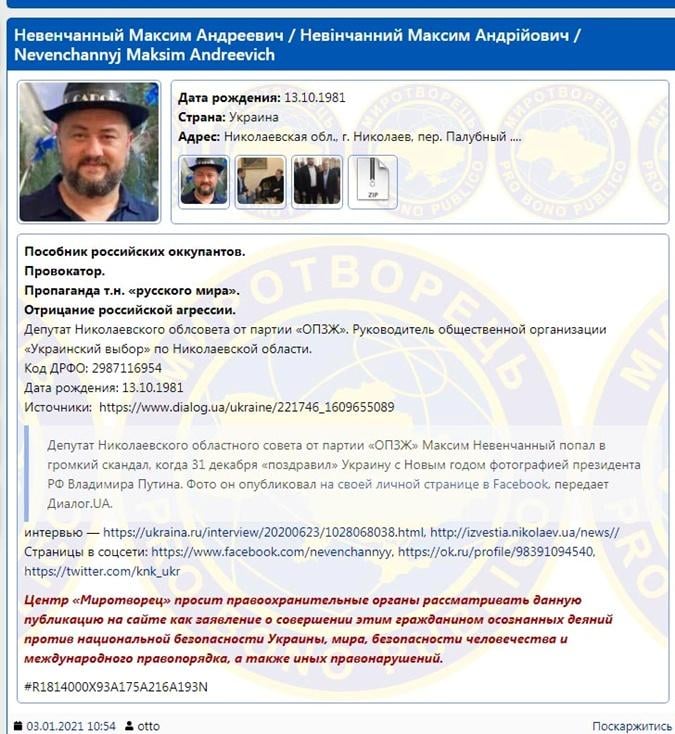 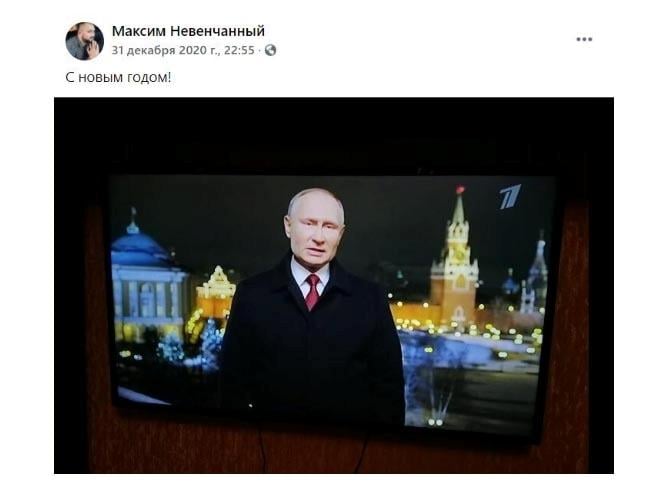 Nevenchannyy has already reacted to the fact that he was included in the Myrotvorets database, saying that his post with Putin's image had been criticized by "patriots on someone's signal," who "took it out on him because of high tariffs, poor healthcare services, and other things." He is confident that his act was politically correct.

If you see a spelling error on our site, select it and press Ctrl+Enter
Tags:PutinRussianAggressionRussianPropagandapropagandasecurityPutinAtWarMyrotvorets