Ukraine's Foreign Ministry is actively working to quickly identify and ensure the release all Ukrainian citizens detained in that country. 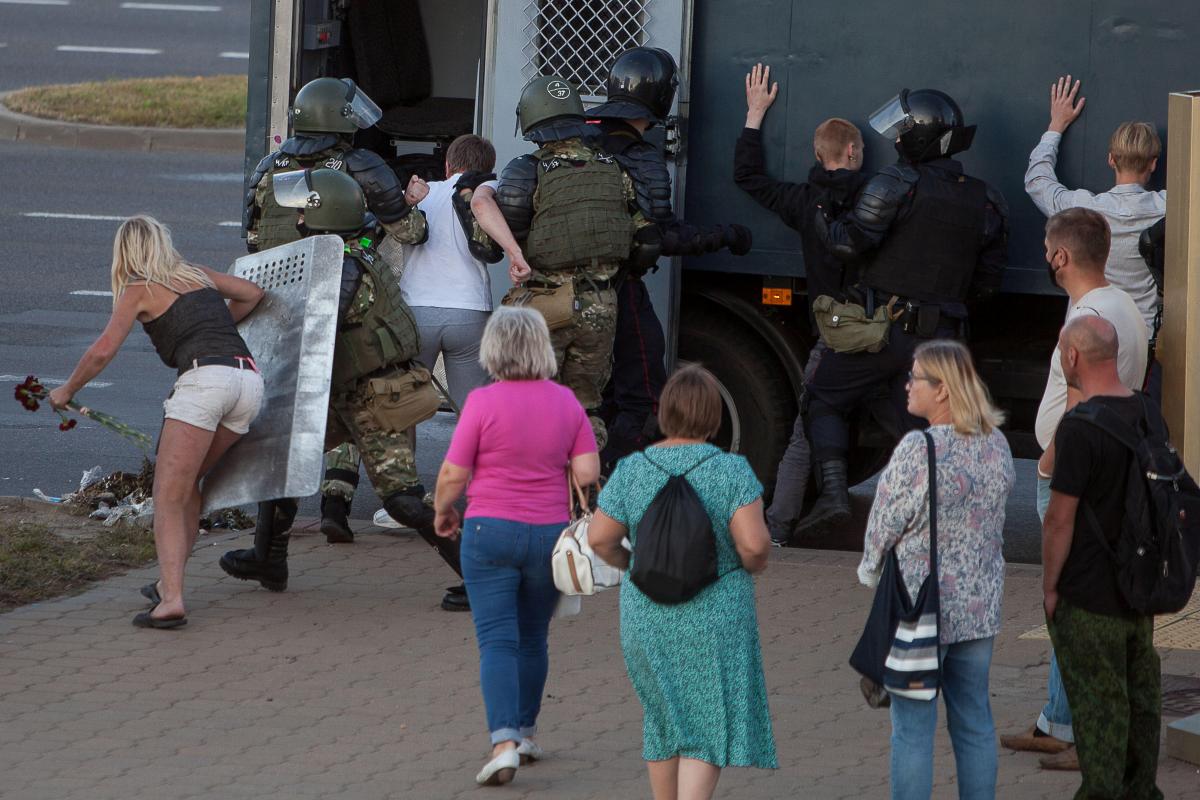 There are Ukrainians among detainees in Belarus / REUTERS

Head of the Office of the President of Ukraine Andriy Yermak says Ukraine will ask the authorities of the Republic of Belarus to release as soon as possible Ukrainian human rights activists and journalists Kostiantyn Reutski and Yevhen Vasylyev, who were illegally detained in Minsk.

According to the official, Ukrainian citizens Kostiantyn Reutski and Yevhen Vasylyev were detained by Belarusian law enforcement officers without any legal grounds, the President's Office said.

Read alsoUkraine's MFA: No information yet about whereabouts of Ukrainians detained in Belarus

"According to the Ukrainian side, they did not violate any laws of the Republic of Belarus, did not take part in any riots or mass rallies, and did not have prohibited items or materials. The human rights activists visited Belarus solely to obtain reliable information about what was happening there and to comment on the recent events in Minsk for the Ukrainian media. Freedom of speech and freedom of movement are basic democratic principles that are respected throughout the world. Their violation is inadmissible," Yermak said.

Ukraine's Ministry of Foreign Affairs is actively working through the Ukrainian diplomatic mission to quickly identify and ensure the release all Ukrainian citizens detained during the recent events.

He also said that Ukraine highly values good neighborly relations with the Republic of Belarus. "We are much more than just neighbors. We have always been good friends and partners," Yermak said.

Detention of Ukrainians in Belarus: What is known