UN provisional gov't could be formed in Donbas, Ukraine delegate to TCG opines

Late last month, Vitold Fokin voiced a controversial idea on the need to pardon members of Russian proxy forces in Donbas, which prompted NSDC secretary to state that the comment was Fokin's personal opinion, not that of the Ukrainian government. 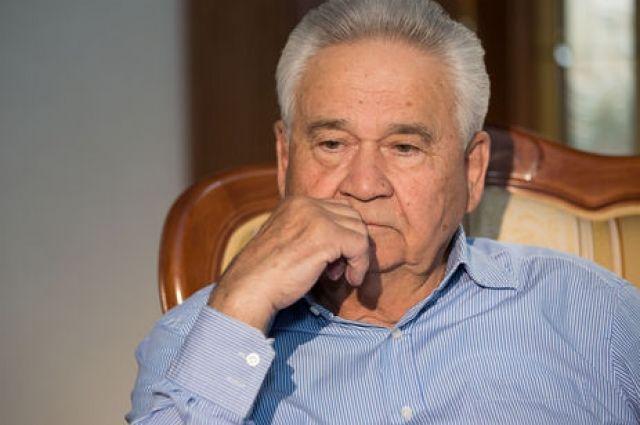 Deputy head of the Ukrainian delegation to the Trilateral Contact Group, Vitold Fokin, admitted that an international UN Provisional Government could be set up in the occupied territories of Donbas, which could in turn ensure the holding of local elections.

"The mandate of the UN Security Council contains the right to create an international provisional government for a required period - maybe for a year or two… And security can be guaranteed by international peacekeepers, that is, the UN military contingent... In fact, this isn't a new proposal. We have already spoken about it," Fokin said, speaking at the Persona Grata show on Ukrainian Radio.

The delegate says Russia agreed to this tool toward settlement, while noting that Russia insists on UN military contingent to be amassed on the existing line of demarcation between the warring sides in Donbas. To this, Fokin believes, Ukraine must not agree.

"I fully agree that security must be ensured before elections are held. But what means should be applied to ensure security? It's the country's leaders who should think about that. As one of such means, I proposed applying the mandate of the UN Security Council and forming a Provisional Government in the territories that are now beyond Ukraine's control," the negotiator continued.

Idea of peacekeepers in Donbas: background

The issue of introducing an international peacekeeping contingent in Donbas has been discussed for several years. In 2017, it was raised at the level of the UN Security Council, but to no avail.

Vice Prime Minister, Minister for the Reintegration of the Occupied Territories Oleksiy Reznikov is confident that Ukraine will need the help of UN peacekeepers in resolving the conflict in Donbas. He believes the issue has been backshelved so far, but not totally removed from the agenda.

Read alsoMP slams Ukraine's first PM over "Donbas pardon" statementProvisional governments maintain power until a new government can be appointed by a regular political process, which is generally an election.

If you see a spelling error on our site, select it and press Ctrl+Enter
Tags:DonbasUnitedNationsRussianAggressionMinskTalksFokinprovisional government