Also, the Rada confirms full solidarity with international partners on the termination of air traffic with Belarus. 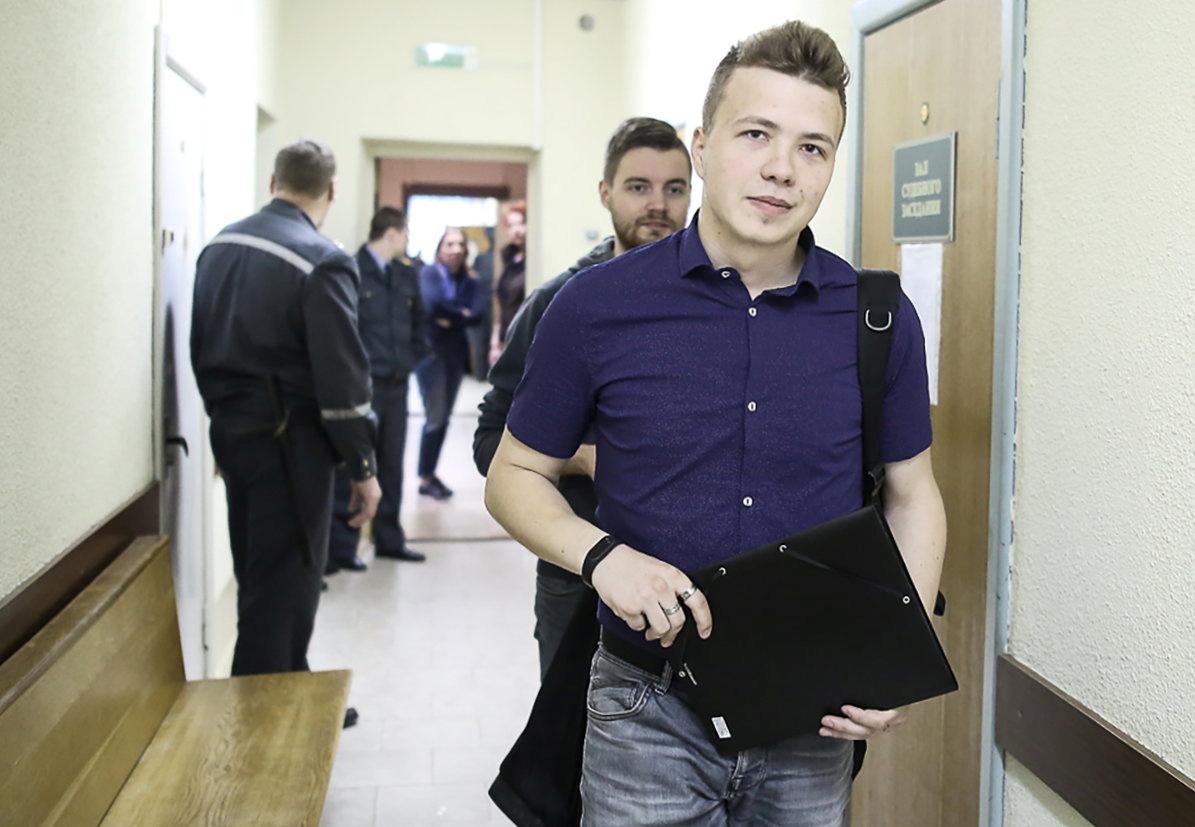 The Verkhovna Rada, Ukraine's parliament, has called on Belarus authorities to immediately release journalist and activist Roman Protasevich, along with all other political prisoners.

That's according to a statement the Verkhovna Rada issued Thursday in relation to the incident with the forced landing of a Ryanair aircraft in Minsk, an UNIAN correspondent reports.

Read alsoZelensky says "Union State" of Russia, Belarus "threat" to UkraineA total of 280 lawmakers have backed the statement in question.

The document notes that on May 23, 2021, the Ryanair passenger plane en route Athens-Vilnius was forced to land at the Minsk Airport with the involvement of a Belarusian fighter jet.

The civil aircraft carried over 120 passengers. Founder of Belarus' largest opposition Telegram channel NEXTA, Protasevich, was on board the plane. Together with his girlfriend, Russian national Sofia Sapega, he was removed from the plane and detained by Belarusian law enforcement.

The document notes the Ukrainian Parliament "strongly condemns" the actions of the Belarus authorities, referring to them as yet another manifestation of "attack on the political opposition, freedom of speech, and journalism in Belarus."

The Ukrainian parliament calls on the Belarusian authorities to "immediately release" Protasevich and all political prisoners, cease arbitrariness and torture of detained Belarusian citizens by the country's security forces, and guarantee respect for human rights in line with Minsk's international obligations.

The statement says the International Civil Aviation Organization must urgently investigate "this unacceptable act," with the corresponding implications for those responsible.

Read alsoLukashenko de facto recognizes puppet "republics" in Donbas – Delegate to TCG GarmashAlso, the Verkhovna Rada confirms its full solidarity with its international partners, primarily from the member states of the European Union and the United States, in particular, on the termination of air traffic with the Republic of Belarus.

The Verkhovna Rada has supported the actions of the Ukrainian government, which introduced a ban on air traffic between Ukraine and the Republic of Belarus from May 26, 2021 and expanded "air sanctions" against Belarusian airlines from May 28, 2021.

During the debate, many opposition lawmakers claimed this statement was "toothless" and too soft, but stressed they would still support it.