At the same time, he says he would hold own ground on certain personnel issues. 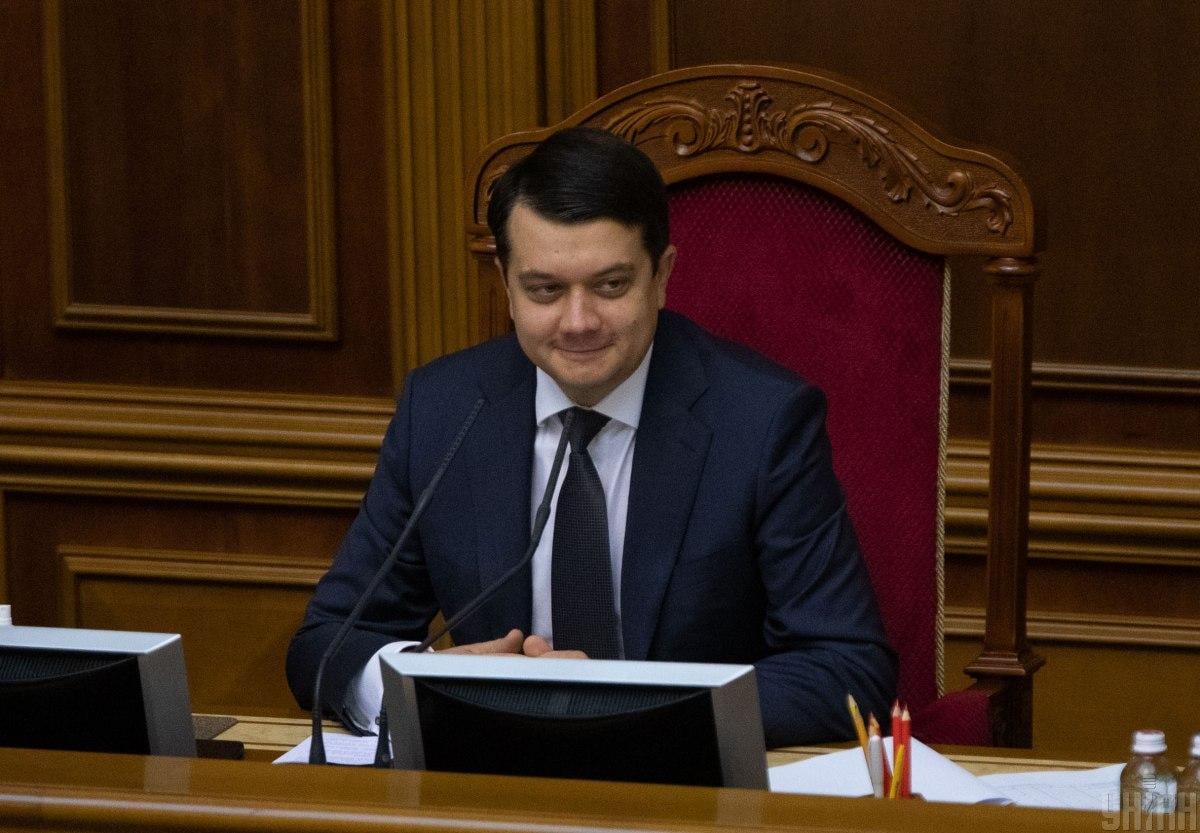 Chairman of the Verkhovna Rada of Ukraine, Dmytro Razumkov, has described as "normal" his relations with President Volodymyr Zelensky.

In an interview with Focus, Razumkov has confirmed he is a member of Zelensky's team.

At the same time, he stressed that he has his own stance on certain personnel issues, which is why he opposed the endorsement of Serhiy Shkarlet for Education Minister and Yuriy Vitrenko – for Deputy Prime Minister, Minister of Energy.

Read alsoRada snubs Vitrenko's nomination for energy ministerCommenting about the vote on Shkarlet's nomination, Razumkov recalled: "Then it was not only I who abstained. His candidacy saw no support at the Rada's profile committee, and I quite often focus on the position of committees. Plus there was plenty of debate around the issue [Accusations were voiced of plagiarism in Shkarlet's research work]. That is why I abstained. "

At the same time, Razumkov clarified he had not discussed the issue with the president.

The Parliament chairman also recalled that he did not vote for Yuriy Vitrenko's appointment for the post of energy chief as he considers it wrong to get a $4 million bonus from a state-owned company Naftogaz, where Vitrenko worked, at a time so difficult for the entire country.

"When you do business, you are free to make as much and as much as law allows. But if you work for the government, then, to put it mildly, it is not entirely politically correct from moral and ethical standpoints to demand this money from the country amid a pandemic," he said.

Read alsoRada appoints Shkarlet as Education MinisterRazumkov also said that if another vote takes place in January on Vitrenko's nomination, he will not change his opinion on the matter.

He added that he had not talked with the president, who endorsed Vitrenko's nomination, either.

"As a people's deputy, I have the right to support or not support this candidacy. When our ideals and principles were being laid out in 2018, the Vitrenko issue was definitely not on that list," Razumkov said.

If you see a spelling error on our site, select it and press Ctrl+Enter
Tags:RadaVitrenkoZelenskyRazumkovSerhiy Shkarlet