Razumkov said Kyiv would not abandon efforts to return Crimea to Ukrainian control, nor efforts to regain control of terrorist-controlled areas of Luhansk and Donetsk regions, also known as Donbas. 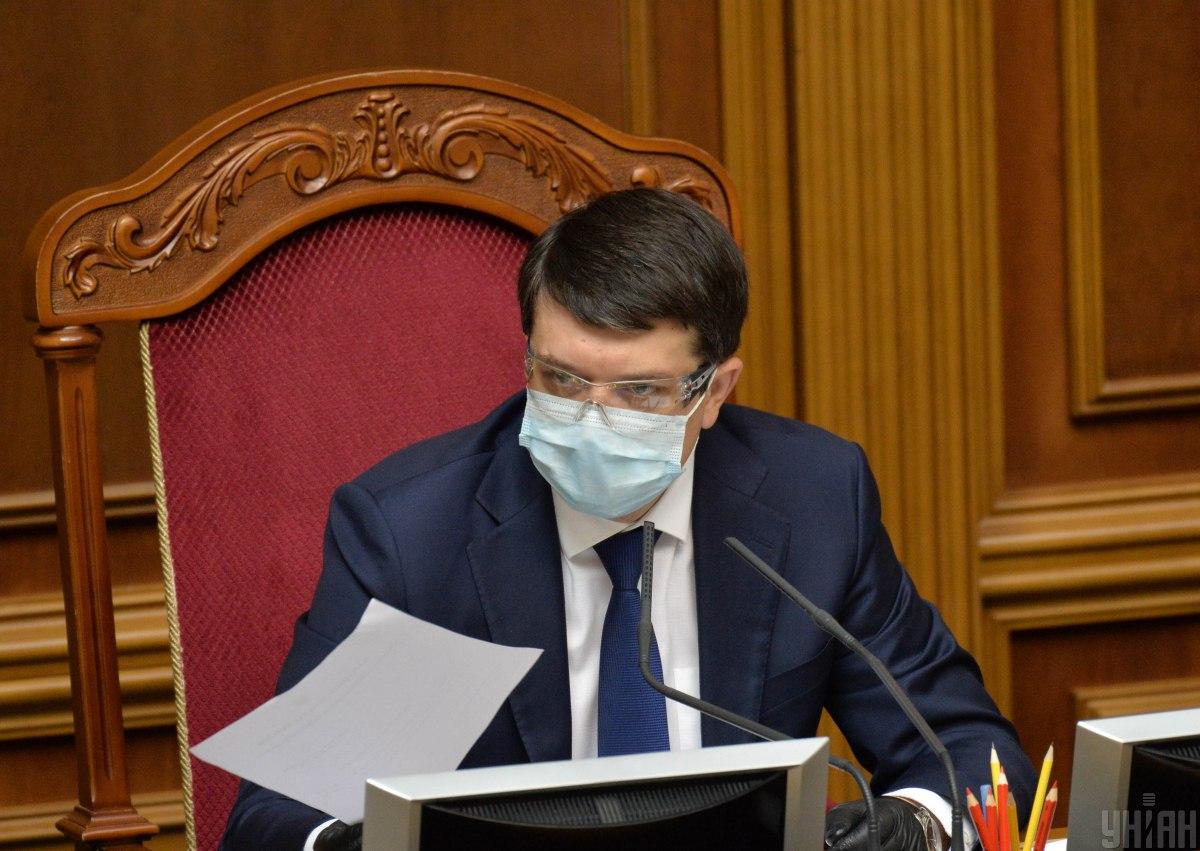 The speaker of the Ukrainian parliament says efforts to return control of Crimea to Kyiv are part of "a difficult and slow process," that Ukraine is determined to resolve.

Dmytro Razumkov, head of the Verkhovna Rada, made the remarks in an interview with RFE/RL's Ukrainian Service that was published on May 16.

Russia forcibly took over Crimea in March 2014 after Russian forces seized control of strategic sites on the Black Sea peninsula and organized a referendum that was not recognized by the international community.

The West has sanctioned Russia for its seizure of Crimea and its support for the armed forces in eastern Ukraine.

Moscow denies supplying fighters, weapons, and financing to the armed forces, despite mounting evidence to the contrary. It also claims that the referendum in Crimea was legitimate, and has ruled out handing control back to Ukraine.

Razumkov said Kyiv would not abandon efforts to return Crimea to Ukrainian control, nor efforts to regain control of terrorist-controlled areas of Luhansk and Donetsk regions, also known as Donbas.

"It is a difficult and slow process, but at the same time we can take this issue off the agenda and [cannot quit] trying to resolve it in all sorts of ways on various levels and neither can we lose means of communication with the occupied territories – both Donbas and Crimea," Razumkov said.

Ukrainians in terrorist-controlled areas of Donbas who have accepted passports offered by Russia often had no choice, Razumkov explained.

"There are many – very many – people who were, are, and will remain citizens of Ukraine. The conditions they find themselves in force them to take steps you are referring to [taking Russian citizenship]. But, you know, God forbid we ever had to find out what it is like in their shoes," Razumkov said.

U.S. and other Western officials have condemned Russia's move to fast-track the granting of citizenship to all residents of Donetsk and Luhansk as running counter to efforts to achieve peace.

If you see a spelling error on our site, select it and press Ctrl+Enter
Tags:CrimeaDonbasUkraineParliamentreturnRussianOccupationRazumkov