The Ukrainian leader briefed the EBRD's head on the reform of law enforcement agencies and the judicial system. 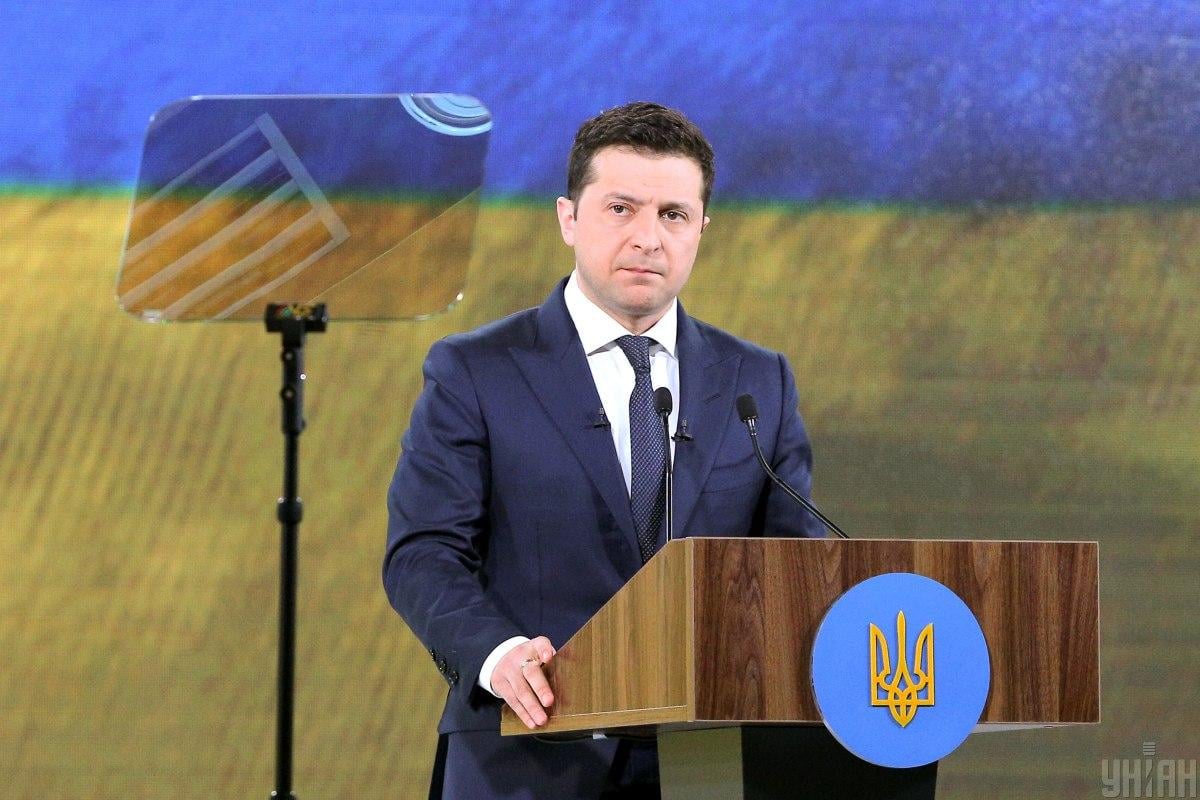 Zelensky meets with the EBRD's president / Photo from UNIAN, by Viktor Kovalchuk

Ukrainian President Volodymyr Zelensky has promised to create a transparent and efficient judicial system in Ukraine within three years.

He announced this at a meeting with President of the European Bank for Reconstruction and Development (EBRD) Odile Renaud-Basso, the press service of the Ukrainian President's Office reported.

Read alsoOdile Renaud-Basso: Ukraine recovery growth assessed at 3% of GDP in 2021, with exceptional level of uncertainties

"Judicial reform is one of the most difficult challenges, but within three years we will complete it and create a transparent, efficient judicial system in Ukraine," he said.

The Ukrainian president noted that the architecture of anticorruption agencies had been restored in Ukraine, and the Verkhovna Rada passed bills in the first reading to renew the work of the High Qualification Commission of Judges of and the High Council of Justice.

The president also stressed that the reform of law enforcement agencies is underway, and today he signed a law on the establishment of the Bureau of Economic Security. The newly established bureau will take over the functions of overseeing economic crimes in the law enforcement system, which will contribute to business development and improve the investment climate in Ukraine.

"Ukraine and the EBRD have good relations and many important projects in which Ukraine invests its soul, and the EBRD – faith and money. We consider you one of the strategic financial partners. These relations are very important for us," he said.

The two officials discussed the development of infrastructure in Ukraine. Zelensky spoke about important laws that will help attract investors to the implementation of infrastructure projects. In particular, these are the laws on concession and large-scale privatization. He stressed that privatization is one of the priorities today and invited the EBRD to join this direction.

In addition, Ukraine plans to develop public-private partnership in the road sector. The EBRD continues to invest in the reconstruction and construction of Ukrainian roads. The bank provided a loan to the State Agency of Automobile Roads for the development of road infrastructure.

In addition, they discussed the development of the agricultural sector of Ukraine.

"It is advisable to invest in agriculture. Ukraine needs a lot of investment in modernizing its irrigation infrastructure. Its reconstruction will be a powerful step in the development of agriculture and Ukraine as a player in the international agricultural market," Zelensky stressed.

In addition, energy sector reform was discussed. The president said that the state had regained control over PJSC Centrenergo, which is one of the largest enterprises in the energy sector of Ukraine.

He also stressed that the energy minister should be an independent figure and work on the implementation of reforms in the industry.

Zelensky noted that Ukraine is interested in creating market conditions in all sectors of the economy.

The parties also touched upon the implementation of energy efficiency programs, in particular the introduction of energy-saving technologies in housing.

The president noted that Ukraine is interested in attracting investors to conduct transparent privatization.

In addition, the parties discussed the continuation of the reform of the financial and banking sectors of Ukraine.

The EBRD's president, in turn, praised the reforms being implemented in various sectors of the Ukrainian economy.