The draft law on mass media must preserve freedom of speech, one of Ukraine's great achievements, he believes. 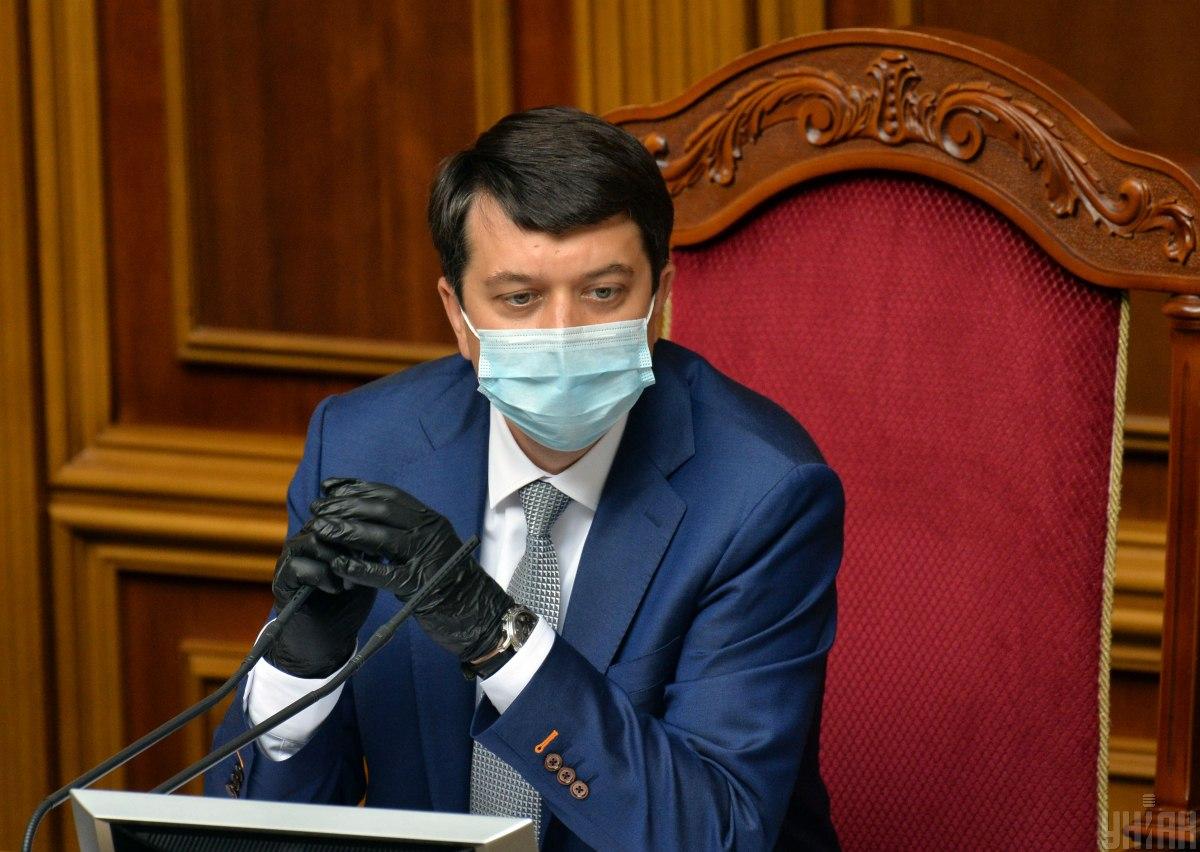 Chairman of the Verkhovna Rada, Ukraine's parliament, Dmytro Razumkov says many reservations to the new bill on media remain in place.

"Like many other people's deputies, I have questions related to it [the bill on the media]," he said in an interview with one of Ukrainian TV channels on July 24, adding that "there are rightful provisions, as well as those that, despite the fact that it [the bill] has been finalized, may require revision."

"The draft law on mass media must preserve, first of all, Ukraine's great achievement, namely freedom of speech. It was, is, and, I'm sure, will be there in the future," he summed up.

As UNIAN reported earlier, the Verkhovna Rada Committee on Humanitarian and Information Policy on July 1 recommended that the parliament pass at first reading the revised bill on media.

Committee Chair Mykyta Poturaev claimed that the revised bill did not contain "any censorship and draconian norms with respect to the media," adding that almost nothing had changed for TV and radio broadcasting, as well as print media.

If you see a spelling error on our site, select it and press Ctrl+Enter
Tags:billmediadraftlawRazumkov