He hopes his resignation report will be considered soon. 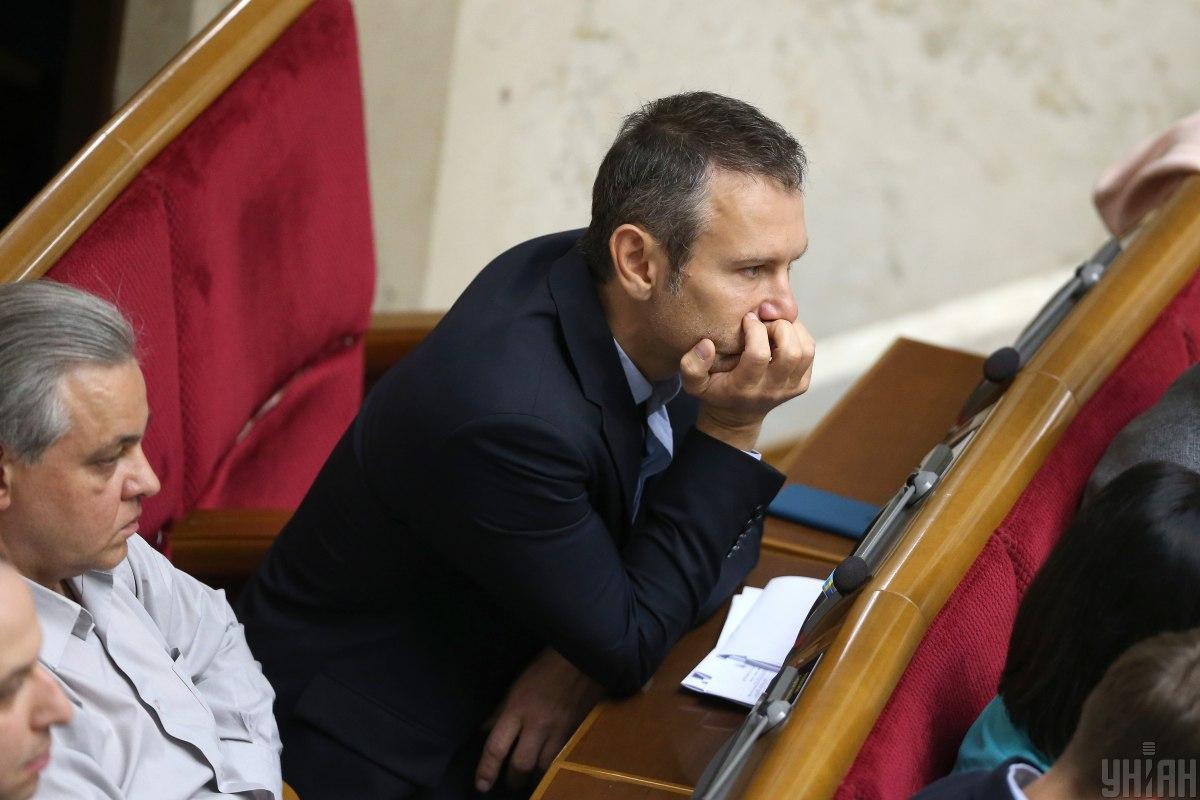 Svyatoslav Vakarchuk, who has recently resigned as leader of the Holos (Voice) Party, is stepping down as a lawmaker.

"Today I registered a statement on stepping down as a Ukrainian lawmaker. It is registered, and I hope it will be duly considered in the near future," he told a briefing at Kyiv's Mariyinsky Park on Thursday, according to an UNIAN correspondent.

According to LB.ua, a number of aspects led to the lawmaker making such a decision. In particular, Vakarchuk refused to sign the submission on the immediate dismissal of Arsen Avakov from the Interior Ministry, and his party members were not happy about it. However, MPs referred to this as "working discussions." At that moment, Vakarchuk was in the city Lviv visiting his mother.

Meanwhile, Vakarchuk retains his presence in the Holos Party.

Read alsoZelensky still in lead of presidential rating, despite some slide in positions – poll

According to sources, he disengaged from participation in parliamentary and party life after Kira Rudik was elected leader of Holos Party.

Also, sources in the party link Vakarchuk's decision with the approaching local elections: "some of us believe Holos needs more stringent positioning, and Svyatoslav's position is thwarting this."

As UNIAN reported earlier, Vakarchuk had already resigned from parliament a year after his election as an MP of the Our Ukraine – People's Self-Defense Party in 2007.

During the parliamentary campaign in 2019, Vakarchuk repeatedly said he was joining politics "seriously and for long."

If you see a spelling error on our site, select it and press Ctrl+Enter
Tags:VakarchukHolos