Ukrainian President Volodymyr Zelensky will meet with his French counterpart on April 16. 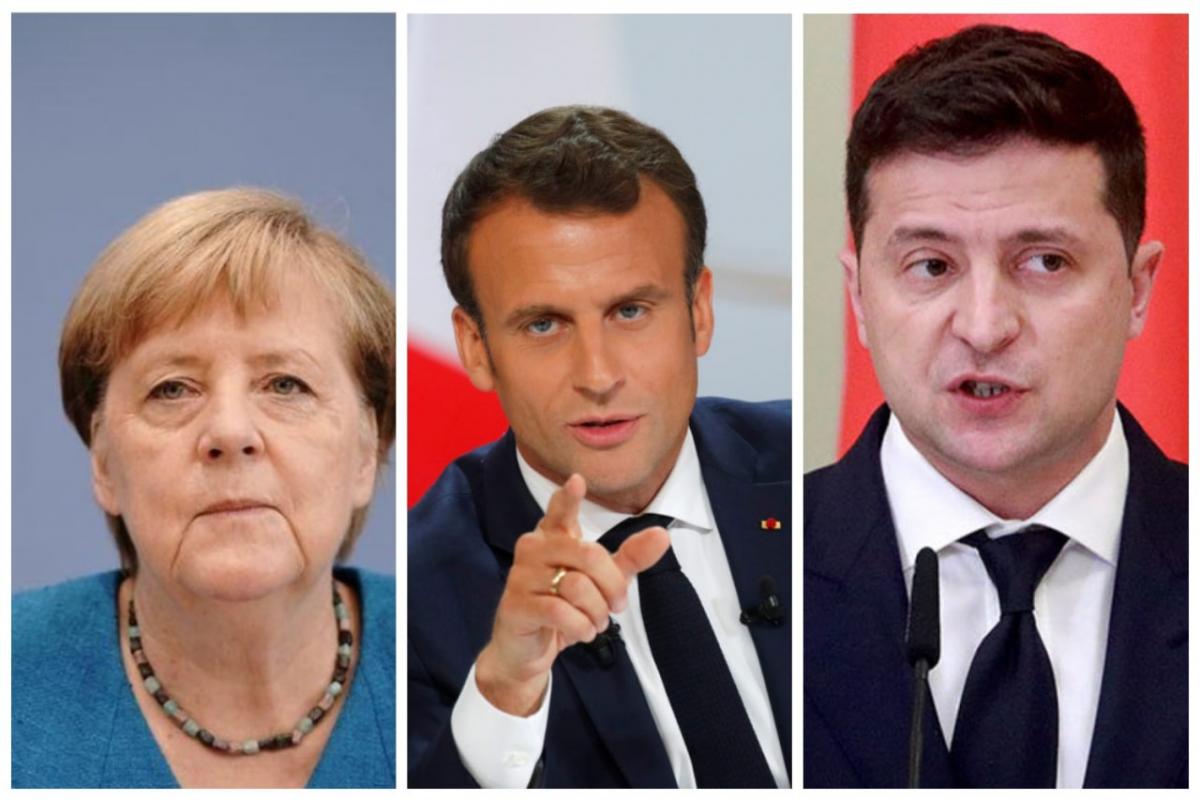 German Chancellor Angela Merkel will join in a video conference mode the forthcoming talks between the presidents of Ukraine and France, Volodymyr Zelensky and Emmanuel Macron.

"These trilateral talks show that the reports that [Russian President Vladimir] Putin is going to negotiate on Ukraine without Ukraine are not true. Putin's goal is to split the Normandy format. These talks in video format are evidence of France and Germany's support for Ukraine," the media outlet ZN.UA reported with reference to sources.

Read alsoMedia reveal details of Zelensky's upcoming vis-à-vis with MacronZelensky's visit to France: What is known