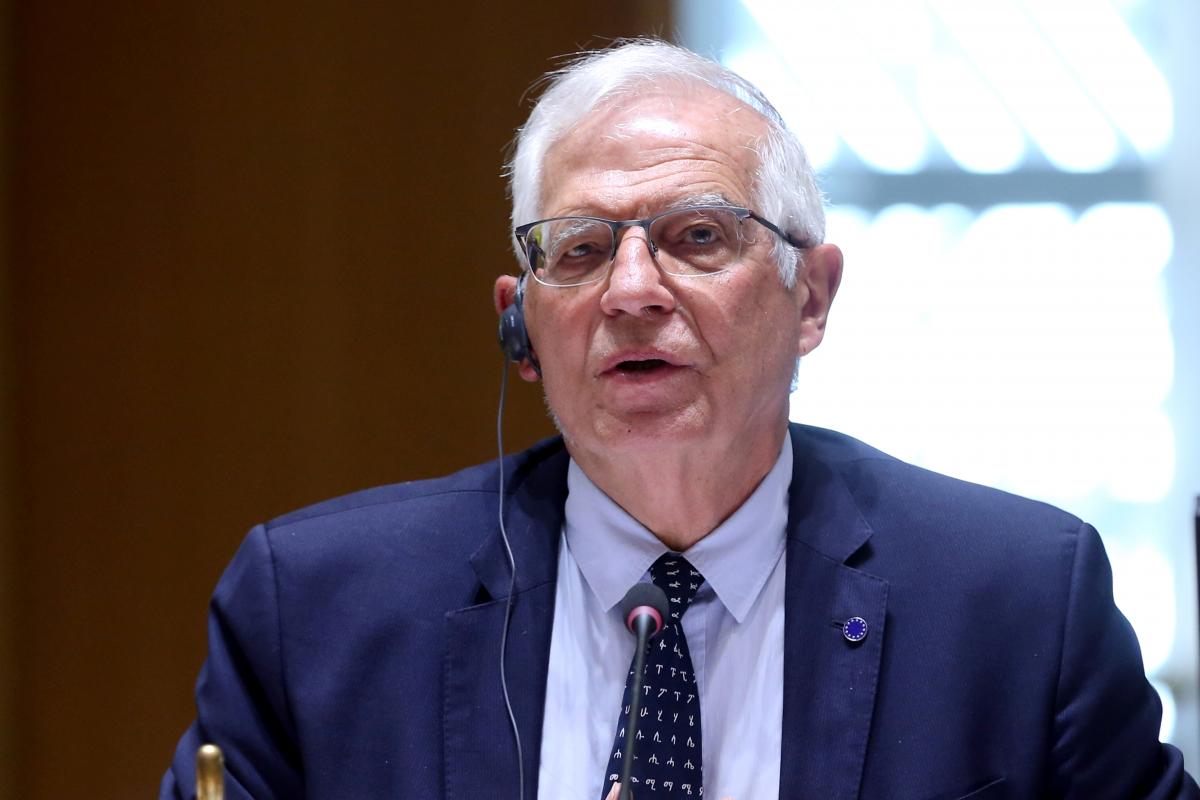 European Union's High Representative on Foreign Affairs and Security Policy Josep Borrell said the EU should be ready to consider options for response shall Russia cross "red lines" in relation to Ukraine or re-escalate.

The statement came as Borrell was addressing the European Parliament on Wednesday, April 28.

"Looking ahead, we need to continue to pass coordinated messages of a steadfast support to Ukraine. I will participate in the Summit on the Crimean Platform this August. We should also stand ready to look into options for additional response, should Russia re-escalate or cross red lines." Borrell said, stopping short of elaborating on the nature of those "red lines."

The recent build-up of Russian troops along the Ukrainian border and in the illegally annexed Crimea has "severely aggravated the security situation in the region."

"Russia’s actions are completely unacceptable and we firmly support the independence, sovereignty and territorial integrity of Ukraine within its internationally recognized borders," the top diplomat said.

For Russia, he noted, "the full implementation of the Minsk agreements is not a key condition, "for us it is, it is a key condition for a substantial improvement of our relations."

"Russia must cease its provocations and cooperate on a de-escalation of the tensions, instead of portraying itself as a neutral mediator," stressed Borrell

"That is what Russia is doing now, 'We do not have anything to do with the conflict in Ukraine', they are just there to try to mediate in external problems in which they do not intervene directly. This pretension must be debunked," the official underlined.

Ukrainian President Volodymyr Zelensky said Moscow was trying to put pressure on Kyiv by amassing its military forces along the Russian-Ukrainian border.

On April 8, Khomchak assured the situation was under control, and the Ukrainian military was ready to respond to the escalation both in the temporarily occupied territory of Luhansk and Donetsk regions and along the entire Ukrainian-Russian border.

On April 22, Russian Defense Minister Sergei Shoigu said his country would begin the withdrawal of troops, which had taken part in military exercises in occupied Crimea and near the borders of Ukraine, to their permanent bases in the Southern and Western Military Districts.

On April 26, Volodymyr Zelensky has said there is a persistent threat on Ukraine's borders.

Zelensky welcomed the partial troop withdrawal, describing the de-escalation as a "small victory" for Kyiv and its allies. It was, he said, a "step away from the emotional state, towards some pragmatic solution that we would expect here for the Donbas area