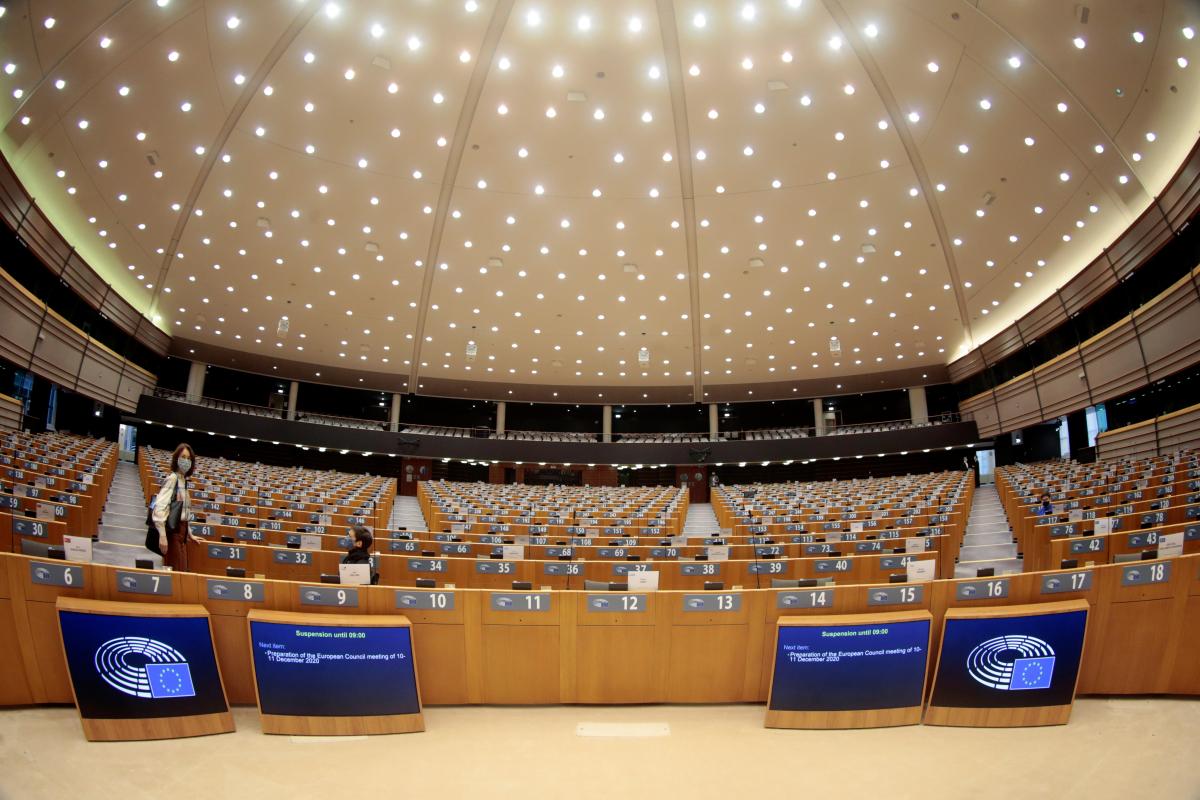 The European Parliament (EP) is concerned that large parts of Ukraine and Georgia are still occupied by Russian troops.

This is stated in an annual report on the implementation of the EU's common security and defense policy in 2020, which was adopted at a plenary meeting on January 20, DW reported.

Read alsoTerritorial integrity of Ukraine must be respected, including Crimea – OSCE chair-in-office

Some 387 Members of the European Parliament (MEPs) voted for the document, 180 were against, another 119 abstained.

The document says that the European Parliament "is concerned that Russian Federation military forces are still occupying large parts of Ukraine and Georgia in violation of international law, that they are still present in the Republic of Moldova, and that Russia continues to destabilise peace and security in the region."

The resolution also reaffirms the commitment to the independence, sovereignty and territorial integrity of Ukraine and all other Eastern Partnership countries.

Also, the MEPs adopted another annual report, which mentions Ukraine. This document is dedicated to the implementation of the EU's common foreign and security policy in 2020. As many as 340 MEPs voted for the document, 100 voted against, another 245 abstained.

In the document, the European Parliament says it is "concerned by the proliferation of hot conflict zones in the EU's closest neighbourhood, as well as frozen conflicts and the ongoing de-facto occupation by the Russian Federation of territories belonging to sovereign states."

MEPs also reiterated their "condemnation of Russia's aggressive policies vis-à-vis Ukraine, its negative role in several frozen conflicts and its pressure against some of its immediate EU neighbours, in addition to its violations of the rights of the Crimean Tatars, its blockade of the Azov Sea, its continued seizure of Ukraine's gas fields in the Black Sea, and its violation of the territorial integrity of Georgia and Moldova."

In addition, the European Parliament says it "remains fully committed to the policy of non-recognition of the illegal annexation of Crimea; calls on Russia to assume its responsibility, to use its influence over the Russian-backed separatists and to fully implement its commitments under the Minsk agreements."