Europe has again called on Russia to withdraw its troops from Ukraine's border. 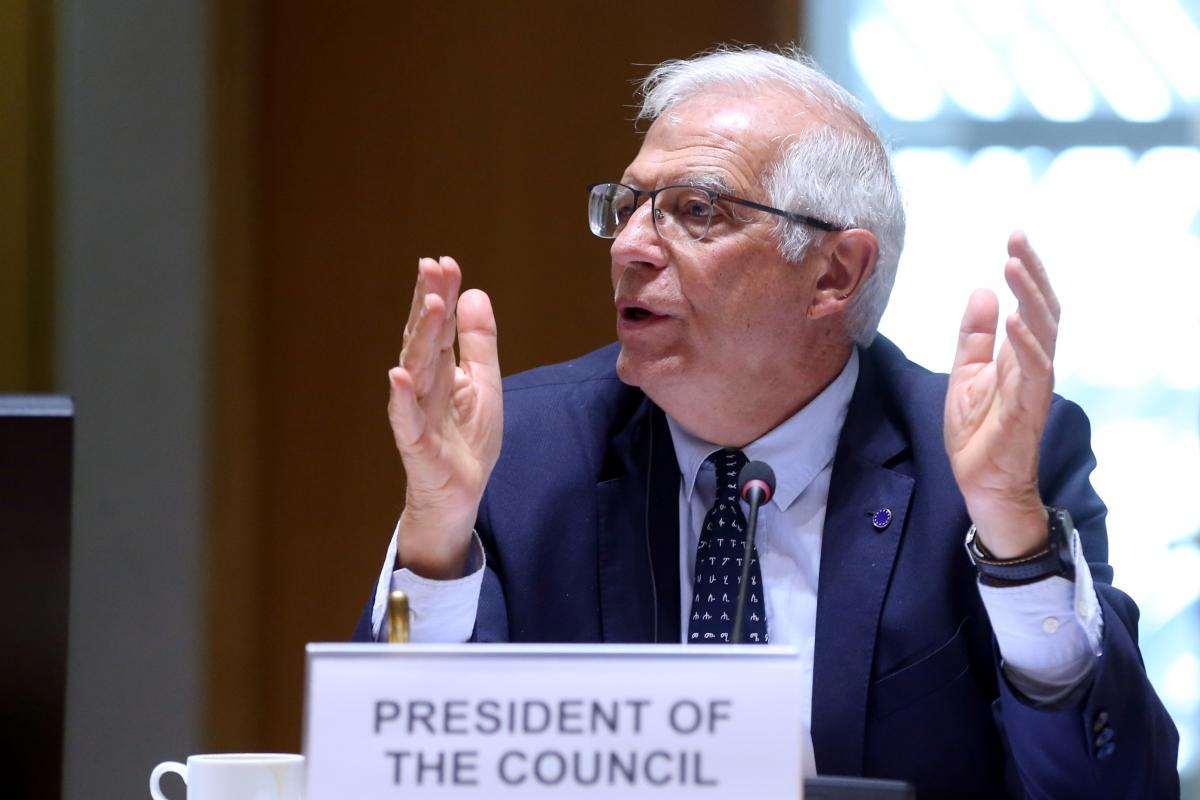 High Representative of the European Union for Foreign Affairs and Security Policy/Vice-President of the European Commission Josep Borrell says the EU sees the risk of further escalation near the borders of Ukraine, since Russia has pulled together the largest number of troops in the entire period of its aggression.

Borrell announced this in Brussels after an informal meeting of the Council of the European Union at the level of foreign ministers of 27 EU member states with the participation of Ukrainian Foreign Minister Dmytro Kuleba, according to an UNIAN correspondent.

The European diplomat noted that the situation on the Ukrainian border is "very, very worrisome."

"It is more than 150,000 Russian troops massing on the Ukrainian borders and in Crimea. The risk of further escalation is evident," he said.

According to him, Russia is deploying its troops with all types of logistics support, including all types of military weapons.

"The military deployment of the Russian troops with all kind of materials, deploying field hospitals and all kinds of warfare has been continuing. I cannot tell you where this figure comes from but it is my reference figure. It is the highest military deployment of the Russian army in the Ukrainian borders ever. It is clear that it is a matter of concern, because when you deploy a lot of troops a spark can jump here or there," he said.

Borrell expressed the hope that the deployment of Russian troops would stop and they would be withdrawn from the border according to the request addressed to Russian President Vladimir Putin by, among others, German Chancellor Angela Merkel and U.S. President Joe Biden.

At the same time, he said, Ukraine should be commended for the restrained response.

"We urge Russia to de-escalate and to defuse tensions. The message of all Ministers has been very much clear: a complete reiteration of strong support for Ukraine's sovereignty and territorial integrity," he said.

According to him, it includes the non-recognition of the illegal annexation of Crimea and the request for the full implementation of the Minsk agreements. "We will continue supporting the efforts of the Normandy format," he said.

On April 19, 2021, the EU Council at the level of foreign ministers discussed the situation along the Ukrainian-Russian border.

Before the meeting, High Representative of the European Union for Foreign Affairs and Security Policy/Vice-President of the European Commission Josep Borrell called on Russia to withdraw its troops from the Ukrainian border.

Lithuania's Foreign Minister Gabrielius Landsbergis, in turn, said that the European Union was ready to impose sanctions against the Russian Federation in the event of the outbreak of new hostilities on the border with Ukraine.

If you see a spelling error on our site, select it and press Ctrl+Enter
Tags:RussianAggressionEuropeanUnionJosep Borrell