Razumkov reiterated that sanctions related to terrorist activities should be accompanied by actual arrests and charges. 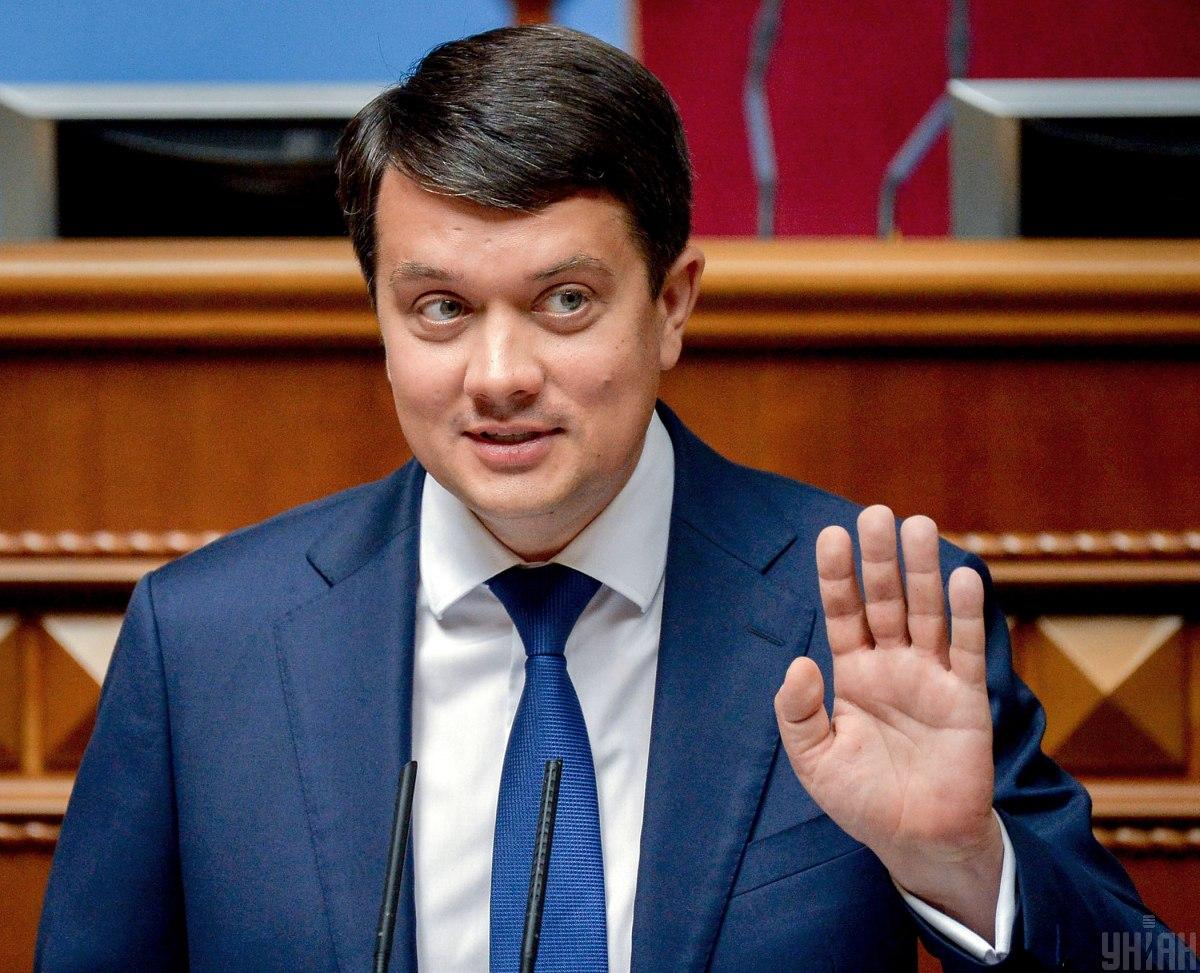 Chairman of the Verkhovna Rada Dmytro Razumkov has said he refrained from voting for imposing sanctions against pro-Russian TV channels NewsOne, ZiK and 112 Ukraine owned by Ukrainian MP Taras Kozak since no additional information on the "financing of terrorism" accusations had been provided at the meeting of the National Security and Defense Council (NSDC).

The first NSDC meeting, where a decision was made on sanctions against Kozak, was held without a meeting as such, Razumkov told the RBC Ukraine news agency in an interview.

"This is one of the formats – the so-called 'survey in writing'. The package of documents contained a draft decision, lists of persons in respect of whom this is being introduced, and the resolution of the Verkhovna Rada, which was voted in back in 2018. There was no additional information. Unfortunately, I'm not aware either of the stance of the SBU Security Service of Ukraine or other participants in the process," the speaker said.

Razumkov reiterated that sanctions related to terrorist activities should also be accompanied by detentions and handover of charge papers.

Read also"We are fighting": Zelensky speaks of war on Russian propaganda"Well, I'm sorry, but when terrorists are walking our streets, we can't just observe them. So far, I haven't seen additional movements, and I'm not talking about names now, I'm talking about approaches. Because names may change, but the main thing is not to change the approach," the official added.

On February 2, 2021, Ukrainian President Volodymyr Zelensky enacted a National Security and Defense Council decision of February 2, 2021, to impose sanctions on Member of Parliament Taras Kozak and a number of TV channels Kozak owns, such as 112 Ukraine, NewsOne, and ZIK.

The broadcasting of these TV channels in the digital multiplex and cable networks was suspended in the early hours of February 3. At the same time, the said TV channels continue YouTube broadcasts.

On February 4, two unnamed individuals filed lawsuits with the Supreme Court of Ukraine contesting the presidential decree enacting the sanctions against the TV channels.

On February 10, the Supreme Court ruled not to open proceedings on a claim seeking cancellation of sanctions against pro-Russian TV channels.