Poroshenko earlier today refused to receive from an SBI detective a suspicion notice which the lawyer says must be handed by the prosecutor general personally. 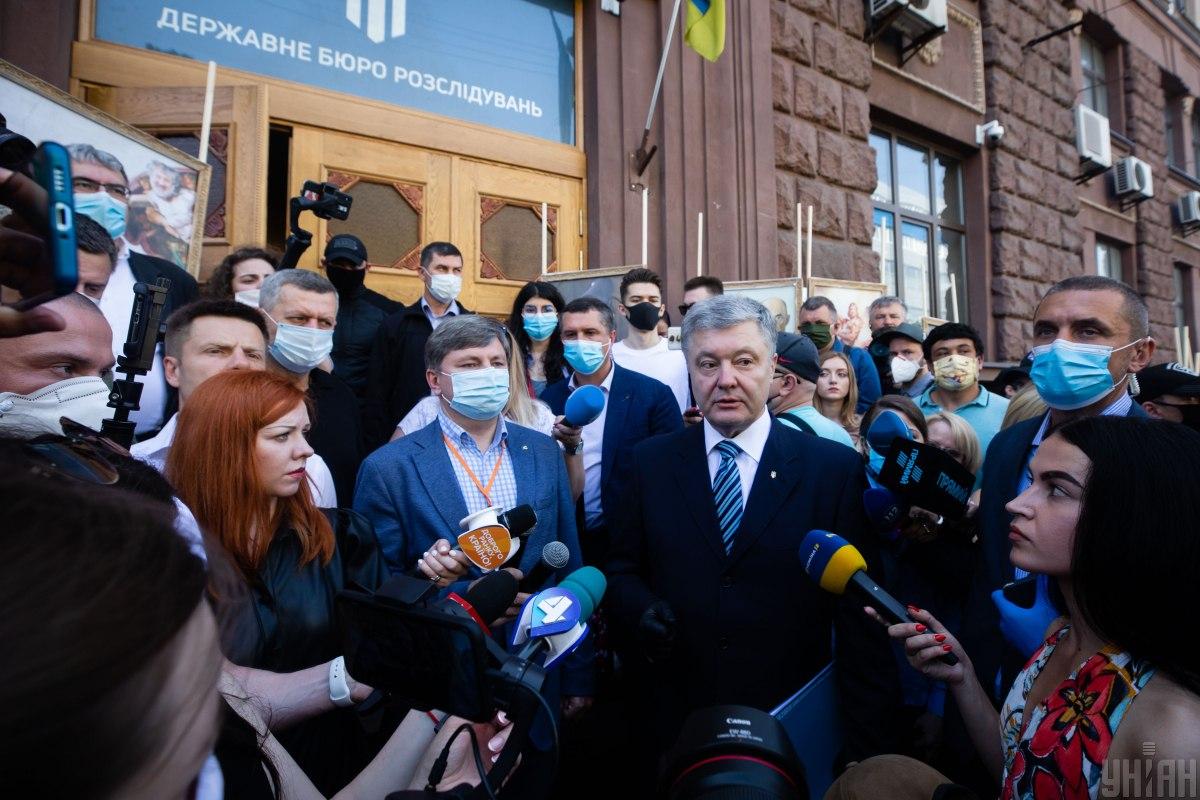 Head of the Second Department of the State Bureau of Investigation (SBI) of Ukraine Vadym Pryimachok has said the motion for selecting a preventive measure against former Ukrainian President and leader of the European Solidarity parliamentary faction Petro Poroshenko will be filed with Kyiv's Pechersky district court.

He told journalists Poroshenko had refused to receive a suspicion notice, which was recorded on video, an UNIAN correspondent reports.

"Investigators are resolving the issue of applying a preventive measure to the suspect. The relevant petition will be sent to Kyiv's Pechersky district court," he said.

He added that the investigative actions were being carried out by SBI operatives in coordination with the Office of the Prosecutor General.

As UNIAN reported earlier, prosecutors of the SBI served Poroshenko with charge papers in the case of the allegedly wrongful appointment of deputy chief of foreign intelligence Serhiy Semochko.

If you see a spelling error on our site, select it and press Ctrl+Enter
Tags:PoroshenkochargesSBI