About 100 people took part in the event. 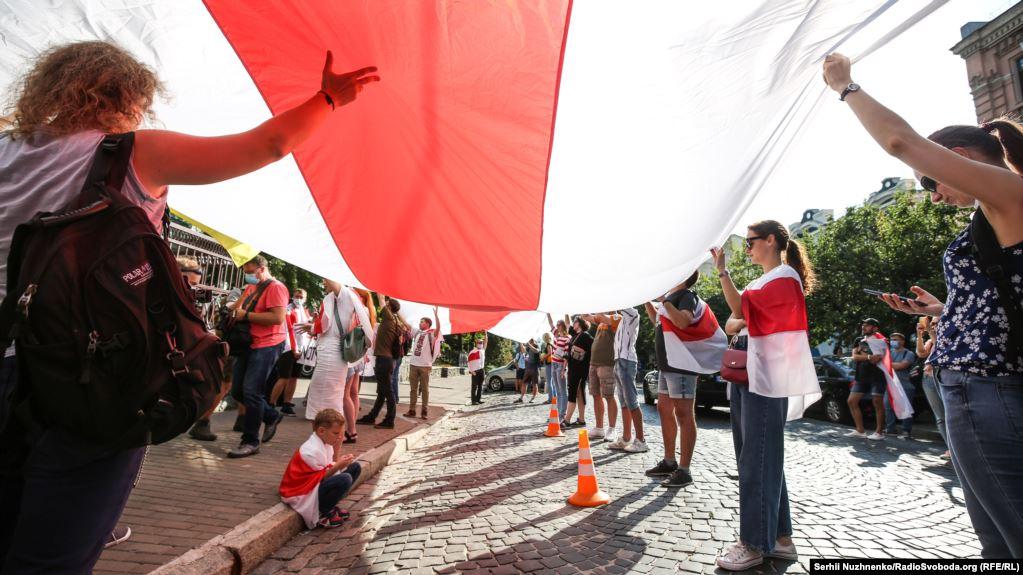 A rally was held on Kyiv's Independence Square, also known as Maidan Nezalezhnosti, on Sunday, September 13, to express solidarity with protesters in Belarus.

Participants in the rally were holding flags and posters, chanting: "Long Live Belarus," "Go away," and "Lukashenko – to the paddy wagon," and singing songs of the Belarusian rock band "Lyapis Trubetskoy."

They unfolded a large white-red-white flag, the same as used by protesters in Belarus, and marched through the central streets, heading to the Belarusian embassy in Kyiv. 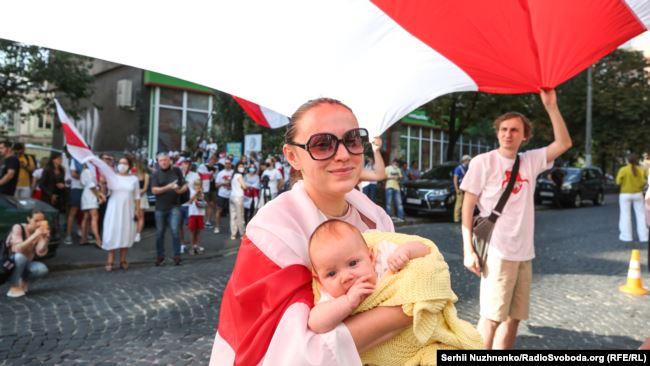 Organizers of the event said: "On September 14, citizen Lukashenko, who illegally holds power in Belarus, and Russian President Vladimir Putin are getting together to discuss new conditions for the so-called deep integration."

The organizers emphasize that the Belarusian people "did not authorize Lukashenko to discuss and sign documents concerning the future of Belarus." 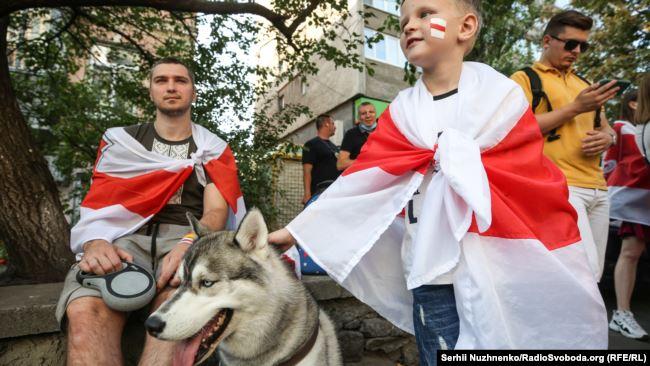 If you see a spelling error on our site, select it and press Ctrl+Enter
Tags:BelarusKyivprotestsrallysupportProtests in Belarus