The speaker of the House of Commons visited Ukraine 20 years ago. 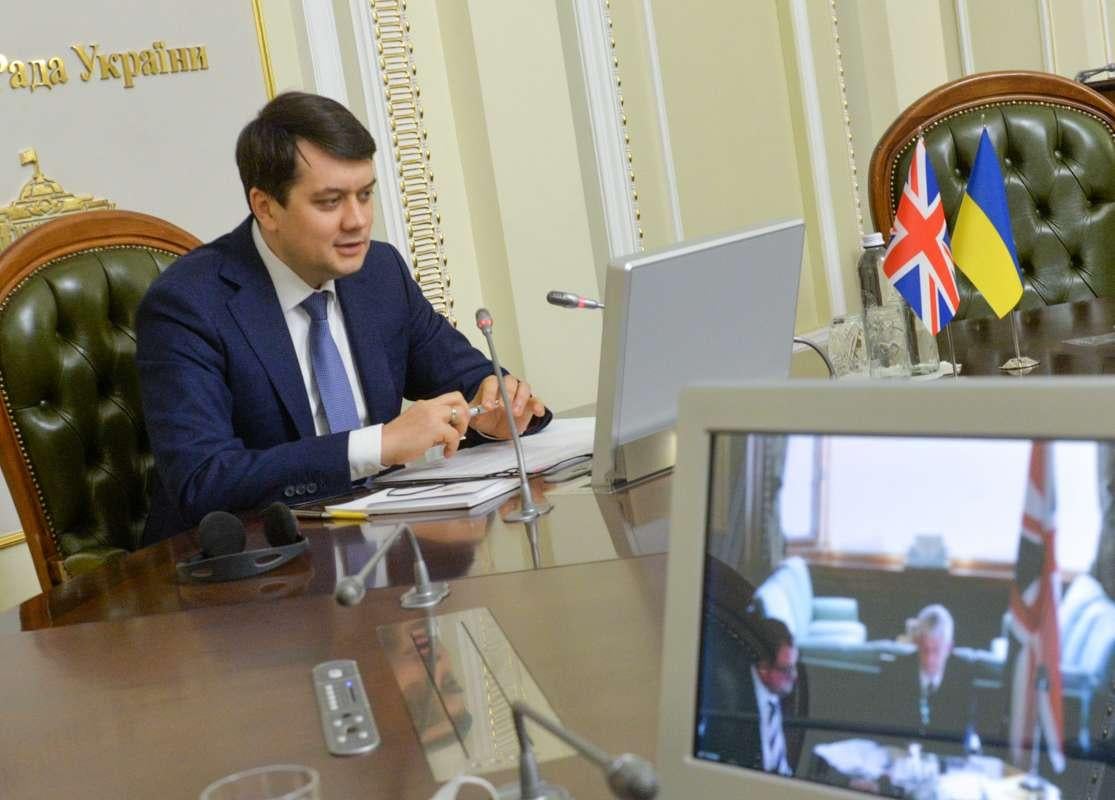 He announced the invitation during an online meeting with Hoyle, according to the Ukrainian parliament's press service.

"The last visit of the speaker of the House of Commons to Ukraine took place 20 years ago. I think that trend should be changed," Razumkov said.

Ukraine's Verkhovna Rada is ready to deepen the Ukrainian-British interparliamentary dialogue, he said.

"Despite the obstacles associated with COVID-19 that exist today, I would like to turn to you with a proposal to intensify the Ukrainian-British interparliamentary relations," Razumkov said.

He also expressed hope for the understanding and assistance by the British partners in liberalizing travel regulations for Ukrainians visiting the United Kingdom.

If you see a spelling error on our site, select it and press Ctrl+Enter
Tags:BritainvisitUnitedKingdomParliamentGreatBritain