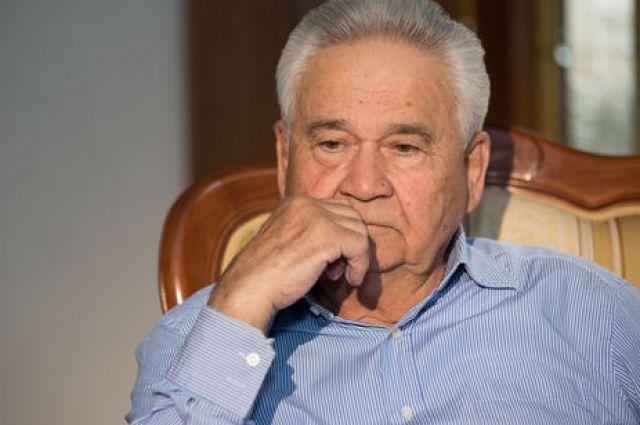 From 1990 to 1992, under the presidency of Leonid Kravchuk, he was Prime Minister of Ukraine. He was one of the first politicians to receive a lawmaker's mandate in an independent Ukraine.

Fokin was among signatories of the agreement between the governments of Belarus, Ukraine, and Russia, which covered a Russian ruble-based common economic policy. The transition to the national currency, the hryvnia, required prior notification.

In 1993, Fokin was President of the International Fund for Humanitarian and Economic Relations of Ukraine and Russia.

Fokin first appeared at a meeting of the Trilateral Contact Group on August 4, he was invited by Leonid Kravchuk. Sergiy Garmash, a Donbas-born chief editor of the Ostrov outlet, who is part of the Ukrainian negotiating team representing certain areas of Donetsk and Luhansk regions, said after Fokin's address that his words had surprised him.

"I haven't heard for a long while the expression 'people of Donbas' in my circle. It's apparent he watches too much TV... There was an impression that the ex-prime minister had arrived not from a village outside Kyiv, but from the occupied territory. But this is also useful. I just wish he's sincere in his concern for the people and the country, while everything else (if he agrees to work in the delegation) will be erased by the harsh realities of Moscow's unwillingness to go for any compromises," Garmash said.

On July 30, Leonid Kravchuk, Ukraine's first president, became new head of the Ukrainian delegation to the Trilateral Contact Group for the peaceful settlement in Donbas, having replaced Leonid Kuchma, also a former president of Ukraine.

On July 31, Kravchuk hinted that Vitold Fokin, who was Ukraine's Prime Minister during Kravchuk's cadence, could join the team soon. He would supposedly be coordinating communications among all parties involved.

If you see a spelling error on our site, select it and press Ctrl+Enter
Tags:DonbasMinskTalksTCGKravchukFokin