A total of 309 MPs of 382 registered in the session hall backed the relevant decision. 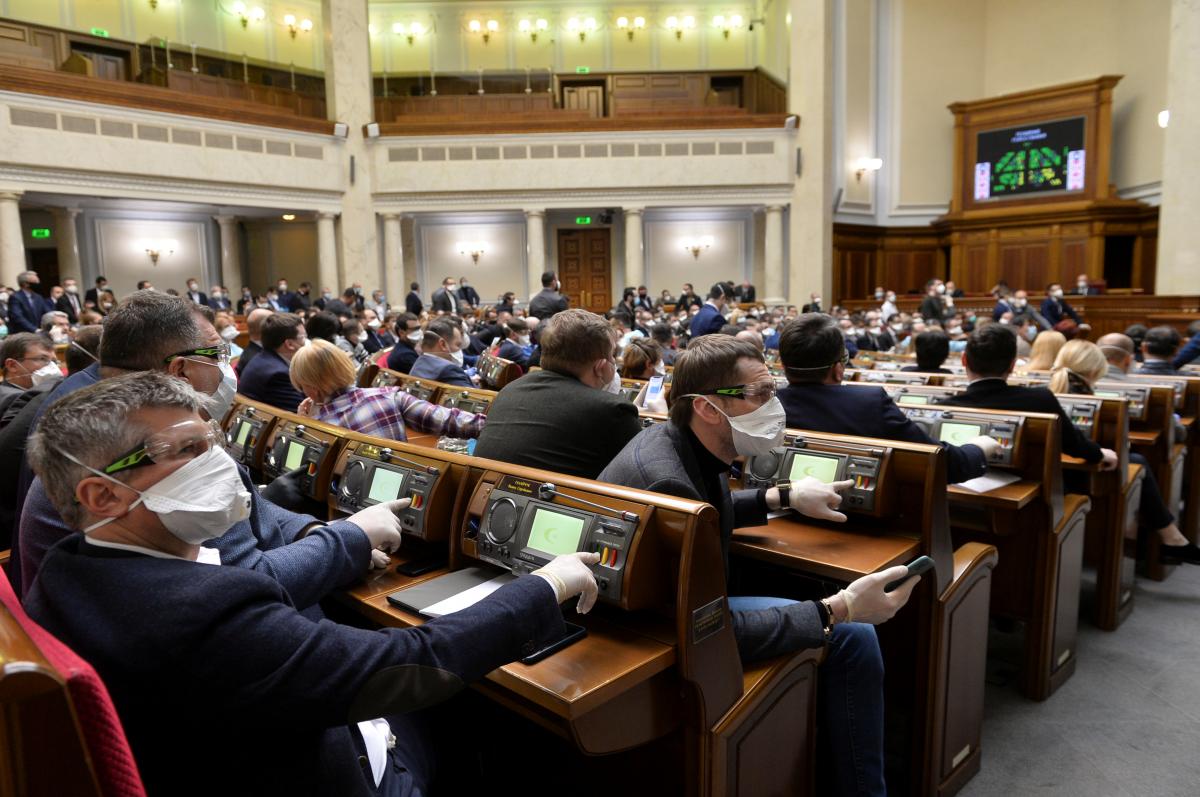 The Verkhovna Rada, Ukraine's Parliament, has passed a resolution to appeal to foreign parliaments and parliamentary assemblies of international organizations to condemn Russia's ongoing armed aggression against Ukraine, the illegal annexation of the Autonomous Republic of Crimea and the city of Sevastopol, and the occupation of certain areas of Donetsk and Luhansk regions, political repression against Ukraine nationals, and toward the release political prisoners – citizens of Ukraine (No. 3068).

A total of 309 MPs of 382 registered in the session hall backed the relevant decision, an UNIAN correspondent reports.

The Verkhovna Rada appeals to continue the policy of non-recognition of the Crimea grab and to condemn Russia's actions aimed against the territorial integrity and sovereignty of Ukraine as contrary to generally recognized principles and norms of international law. Deputies also ask foreign partners to intensify political, diplomatic, and sanction pressure on the occupying state until it completely ceases armed aggression and restores sovereignty and territorial integrity of Ukraine within its internationally recognized borders.

The Verkhovna Rada also calls to condemn violations by the Russian occupying administration of fundamental human rights and freedoms in the temporarily occupied territories; apply all international political, diplomatic and sanction mechanisms available toward the Russian Federation aimed at immediate release of all persons who have been captured as a result of Russia's ongoing armed aggression against Ukraine, as well as all other Ukrainian citizens whom Russia illegally holds in the temporarily occupied territories of Crimea, Sevastopol, certain areas of Donetsk and Luhansk regions, and on own territory.

The parliament calls to demand from Russia that they abandon the expansion of aggressive moves in the Black Sea region, practices of blocking for commercial navigation large areas of the Black and Azov Seas under the pretext of military exercises, practices of blocking Ukrainian ports using hybrid tools, and to adhere to all norms and requirements of international maritime law.

The Verkhovna Rada also calls on partners to demand from Russia to lift the ban on the Mejlis of the Crimean Tatar people and provide access to education in Ukrainian; condemn Russia's actions on persecuting people for expressing their opinions and on religious basis, for participating in peaceful assemblies, associations; and to demand the free development of traditions and cultural identities in the temporarily occupied territories of Ukraine.

Also, Parliament calls to condemn Russia's illegal construction of a bridge across the Kerch Strait and its use as a means of illegally crossing the Russian-Ukrainian border by road and rail; demand from the Russian Federation to ensure unhindered and proper access of established international human rights mechanisms to the temporarily occupied territories of Ukraine to continuously monitor the situation in the field of human rights.

The Verkhovna Rada calls for applying all possible sanctions against individuals and legal entities, government bodies of the Russian Federation, bodies of the Russian occupying authorities involved in the implementation of the occupation policy in the temporarily occupied territories of Ukraine and gross violations of human rights.

Separately, the Ukrainian parliament calls to demand from the Russian Federation to stop trying to expand its jurisdiction over nuclear facilities and infrastructure in the temporarily occupied territories of the Autonomous Republic of Crimea, the city of Sevastopol, and the use of captured Ukrainian defense industry enterprises; demand from the Russian Federation a halt in the buildup of military presence in the Black and Azov seas.

In addition, the Verkhovna Rada calls for an end to the massive looting of cultural assets belonging to Ukraine from the temporarily occupied territories to the territory of Russia, and to force the Russian Federation to return the illegally displaced cultural assets exported from the Russian territory.

Lawmakers also call for providing the international community with clear assurances regarding non-deployment of nuclear and other weapons of mass destruction in the temporarily occupied territories of Ukraine.

"To refuse all types of military cooperation with the Russian Federation, including with the holding of joint military drills and transfer of defense technology, as well as to refrain from actions and statements that will encourage the Russian Federation to continue its aggressive and militaristic foreign policy, including the continued armed aggression against Ukraine," reads the report.

The resolution shall enter into force on the day of its adoption.