The lawyer says only a prosecutor general shall hand over suspicion papers to a member of parliament. 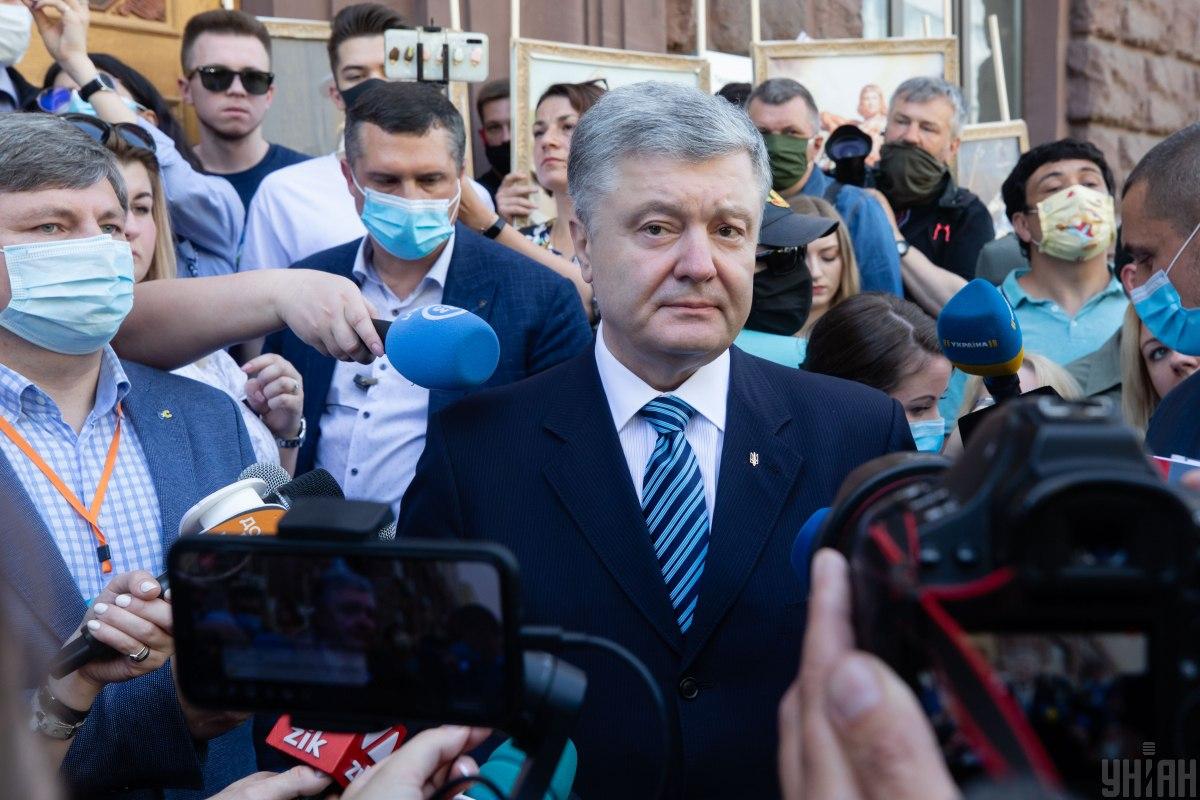 Prosecutors of the State Bureau of Investigation (SBI) has served former Ukrainian President and leader of the European Solidarity parliamentary faction Petro with charge papers.

"On behalf of the Prosecutor General, prosecutors have served Poroshenko, Petro Oleksiyiovych, with charge papers," the SBI's press service said.

According to Poroshenko's lawyer Ilya Novikov, the prosecutors "tried" to serve charge papers in the case of the appointment of First Deputy Head of the Foreign Intelligence Service Serhiy Semochko, according to the Ukrainian Pravda online newspaper.

Novikov said that according to the law, Prosecutor General Iryna Venediktova must personally hand over the suspicion notice to a member of parliament.

Since an unauthorized person tried to hand over the suspicion, Poroshenko left the SBI HQ.

Poroshenko's interrogation at the SBI scheduled for 11:00 on June 10 didn't take place.

As UNIAN reported earlier, on June 3, the SBI summoned Poroshenko for questioning in the case of eavesdropping of international phone talks involving a Ukrainian president.

On June 4, Kyiv's Pechersky District Court authorized law enforcers to forcibly bring Poroshenko for questioning if he fails to show up on June 10.

If you see a spelling error on our site, select it and press Ctrl+Enter
Tags:PoroshenkochargesSZRSBI