Blinken meets Kuleba in Brussels amid escalation by Russia

The parties discussed issues of U.S. support in the face of Russian aggression. 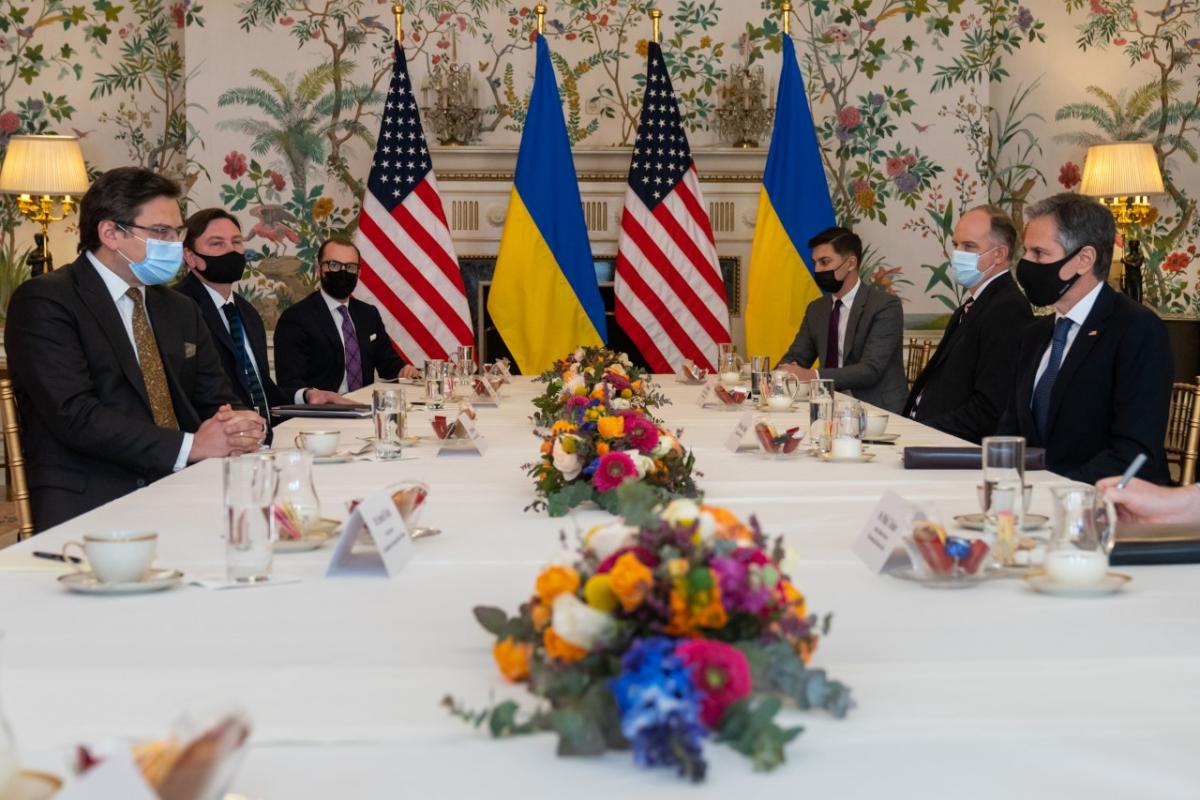 U.S. Secretary of State Anthony Blinken has affirmed to his Ukrainian counterpart Dmytro Kuleba Washington's support for Ukraine's Euro-Atlantic integration in the face of Russia's aggression.

"I met with Ukrainian Foreign Minister Dmytro Kuleba today to discuss unwavering U.S. support for Ukraine's sovereignty and territorial integrity. We continue to support Ukraine’s Euro-Atlantic integration in the face of Russia’s ongoing aggression in the Donbas and Crimea," Blinken tweeted following the meeting.

A statement released by a State Department spokesperson Ned Price says Blinken has affirmed the United States' unwavering support for Ukraine's sovereignty and territorial integrity in the face of Russia's ongling aggression.

"The Secretary expressed concern about Russia’s deliberate actions to escalate tensions with Ukraine, including through its aggressive rhetoric and disinformation, increasing ceasefire violations, and movement of troops in occupied Crimea and near Ukraine’s borders," the statement says.

As for Dmytro Kuleba, he took to Twitter to report on the meeting: "Good to be meeting my colleague and friend Sec[retary] Blinken in Brussels as Russia continues its dangerous buildup and belligerent rhetoric. We need to discourage Moscow from further escalation, including by making clear that the cost of any new military adventure would be too high.

On April 13, Minister of Foreign Affairs Dmytro Kuleba is paying a working visit to NATO Headquarters in Brussels to take part in an extraordinary meeting of the NATO-Ukraine Commission.

Ahead of the visit to Brussels, Dmytro Kuleba said it was high time to speak of how practical support for Ukraine could look like in case Russia goes for a large-scale military escalation. He has called on partners to be aware that the situation may come to a stage where any statements, concerns voiced, and verbal calls for Russia would become drastically insufficient.

Some very "concrete" things will be discussed "with NATO Allies in Brussels, Kuleba said.

If you see a spelling error on our site, select it and press Ctrl+Enter
Tags:USARussianAggressionKulebaBrusselsAntony Blinken