President Zelensky stressed the exceptional importance of the Agreement as a new base for bilateral relations. 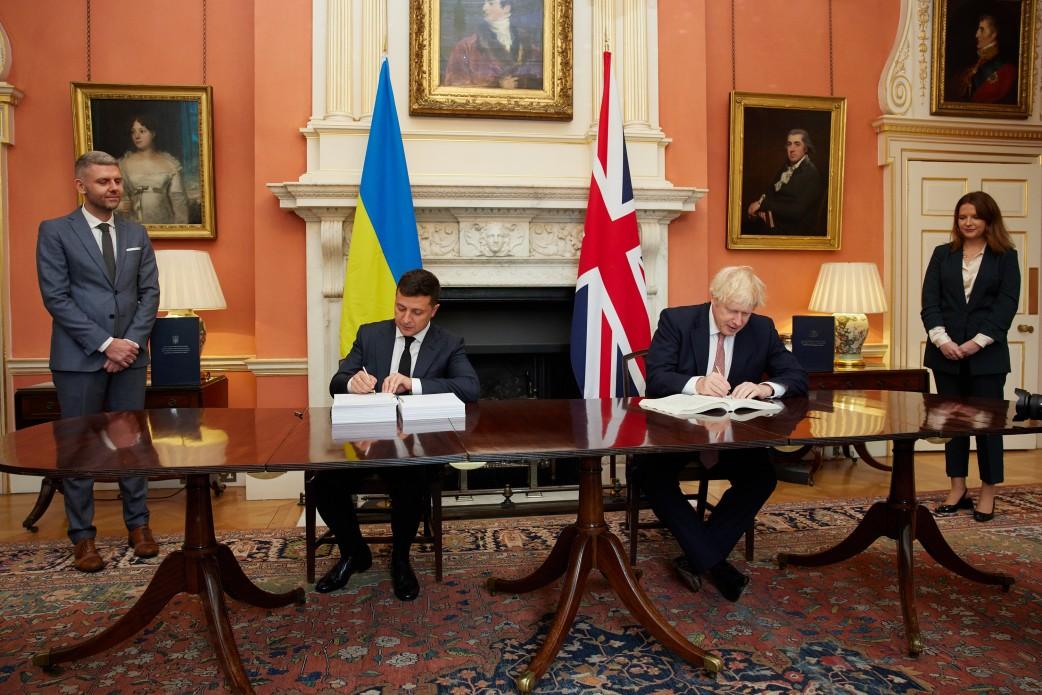 In London, President Volodymyr Zelensky of Ukraine and British Prime Minister Boris Johnson have signed an Agreement on Political Cooperation, Free Trade and Strategic Partnership between Ukraine and the United Kingdom of Great Britain and Northern Ireland.

President Zelensky stressed the exceptional importance of the Agreement as a new base for bilateral relations, including in the context of the United Kingdom's withdrawal from the European Union, the President's Office reports.

"Today is a historic day for Ukraine and the United Kingdom: we are starting a new stage of strategic partnership between our countries," Zelensky said.

The document introduces "strategic partnership relations" and identifies the main areas of cooperation between Ukraine and the United Kingdom, the report says.

The Strategic Partnership Dialogue at a high official or highest governmental level will meet annually to discuss all aspects of bilateral cooperation.

The Trade Committee, another joint platform, will be holding meetings as well.

If you see a spelling error on our site, select it and press Ctrl+Enter
Tags:UnitedKingdomBorisJohnsonpartnershipZelensky