The visit is aimed at ensuring security in the Black Sea region, deepening relations and cooperation between Ukraine and NATO. 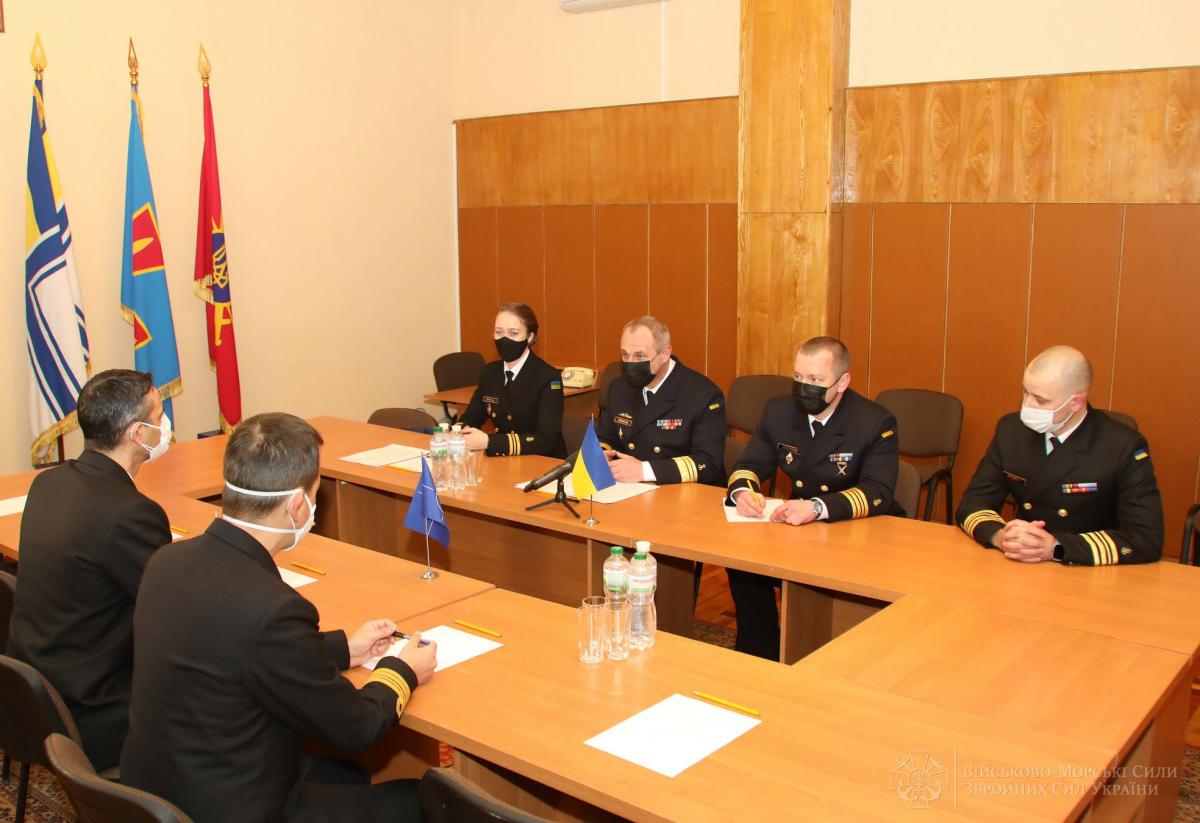 The leadership of the Ukrainian Navy and representatives of the Standing NATO Mine Countermeasures Group 2 (SNMCMG2) met in Odesa on March 10.

The visit was aimed at ensuring security in the Black Sea region, deepening relations and cooperation between Ukraine and NATO, as reported by the Ukrainian Navy's press service.

Read alsoZelensky calls NATO Membership Action Plan Ukraine's immediate goal"We are grateful for the attention NATO pays to Ukraine. A vivid evidence is the visit of a permanent NATO group to our port in Odesa. Last year, a Standing NATO Mine Countermeasures Group entered the Black Sea with which we practiced joint PASSEX-type drills, it is very important for us to constantly gain experience, cooperate and have reliable friends," Tarasov said.

He said the Ukrainian side has further plans to increase contribution to joint actions within NATO.

"We are now restoring our capabilities, which were partially lost in 2014, and we hope that our participation in joint actions with NATO will only increase," he added.

In turn, NATO officials noted the importance of the event and thanked the Ukrainian side for the warm welcome.

According to Karagülle, mutual development and cooperation are very important to NATO, especially in the Black Sea. He added NATO plans to further develop its relations with Ukraine in the future.

If you see a spelling error on our site, select it and press Ctrl+Enter
Tags:NATOOdesaUkraineNavy