The diplomat referred to it as a "political conflict between Russia and Ukraine." 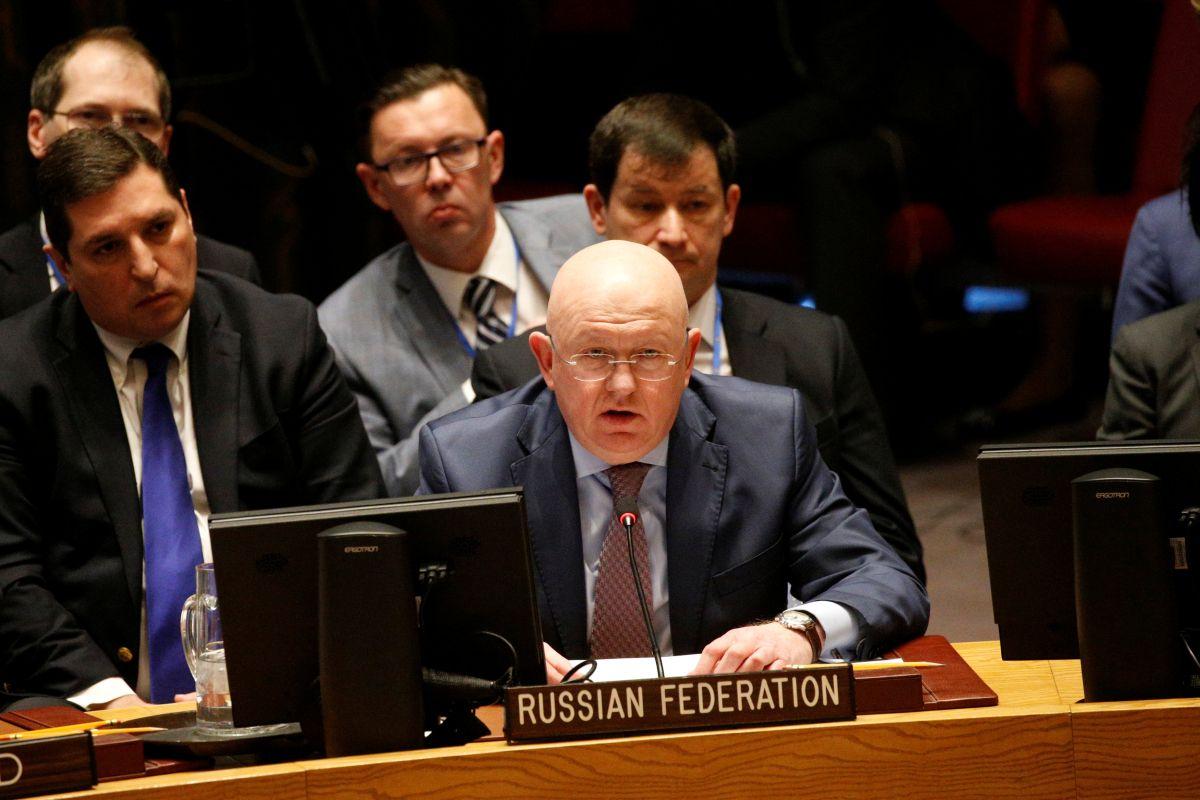 Vasily Nebenzya, Russia's Permanent Representative to the United Nations, admitted that the war in Donbas is not an internal conflict, but a "political" conflict between Russia and Ukraine.

That's according to the Ukrainian delegation to the Trilateral Contact Group on Donbas settlement.

As reported, Nebenzya made such a statement during a PR-stunt, held yesterday by the Russian Federation under the guise of an Aria meeting of the UN Security Council with the involvement of Donbas militants.

"Yesterday's 'event', which was organized by Russian delegates trying to use the UN Security Council to legitimize representatives of the 'LPR' and 'DPR' terrorist organizations banned in Ukraine, turned out to be an event that causes serious concern about the current state of Russian diplomacy," the statement underlines.

According to the Ukrainian side, the "event" boiled down to discussions among representatives of Russian puppet organizations and Ukrainian political strategist Mikhail Pogrebinsky, who, according to plan, was supposed to represent "the Ukrainian side in the dialogue with Donbas", while Russia's envoy to the UN Vasily Nebenzya attempted to play the role of "discussion moderator".

Read alsoRussia seeking "DPR/LPR" legitimization via international platforms – Ukrainian delegation to TCGDuring the meeting, a proposal was made to hold a "referendum on the status of these territories in compliance with all international requirements" in the Russian-occupied part of Donbas.

Nebenzya also argued that the Normandy Four Summit (of the Ukraine, Russia, France, and Germany leaders) should not be replacing the Minsk format.

"What he meant by the 'Minsk format' remained a mystery, but this didn't prevent the Russian delegate from emphasizing that 'there may be no more Normandy meetings.' And the most interesting thing – even sensational – is what Nebenzya said about the conflict in Donbas: 'It is not a domestic conflict in Ukraine, it is a political conflict between Russia and Ukraine," the statement says.

The Ukrainian delegation believes that the Russian Federation is trying to replace the process of settling the international armed conflict in Donbas with its participation in the Normandy format with some kind of discussion between Ukraine and representatives of the self-proclaimed "DPR" and "LPR".

If you see a spelling error on our site, select it and press Ctrl+Enter
Tags:RussiaDonbasUnitedNationsRussianAggressionNormandyFourMinskTalks