No grounds for disbanding parliament yet – Speaker

Razumkov says he sees no legal basis for the dissolution of the Verkhovna Rada. 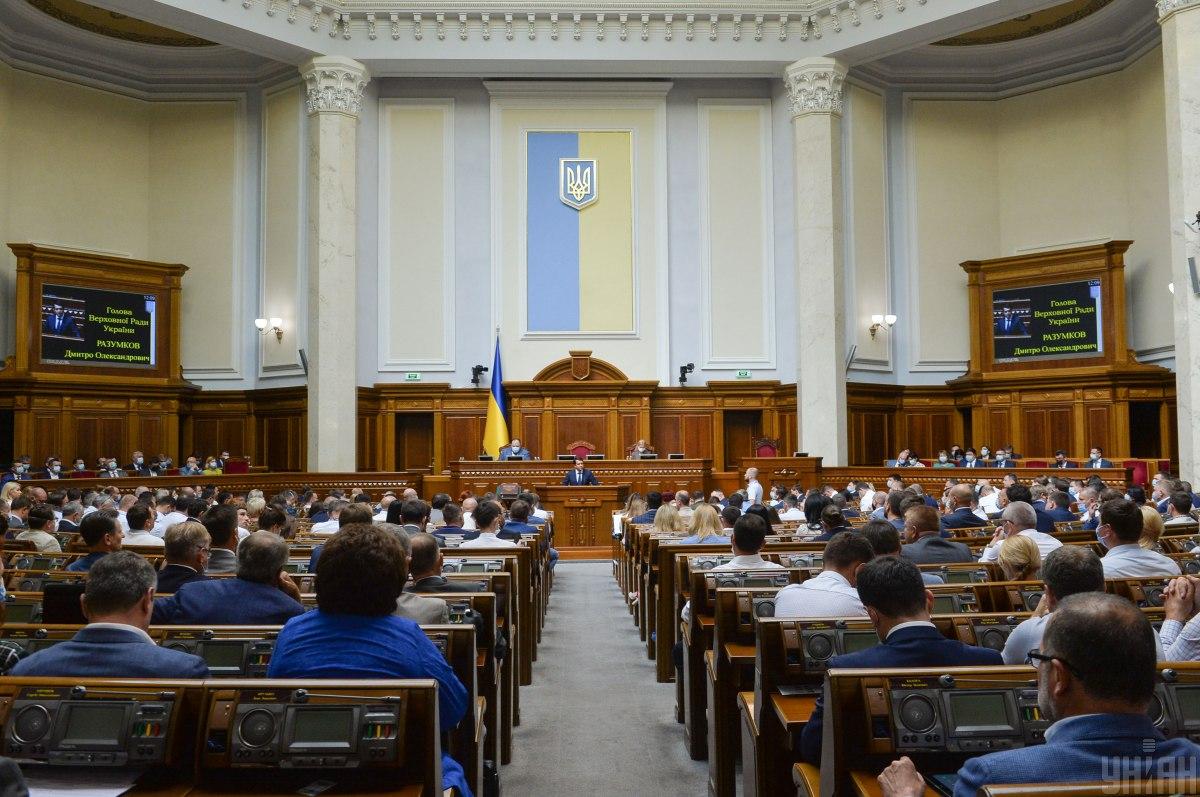 Chairman of the Verkhovna Rada, Ukraine's parliament, Dmytro Razumkov has said there are no grounds for disbanding parliament yet.

Read alsoCabinet to appoint new envoy to parliament within two weeksHe spoke about this during a Thursday briefing, answering a question about the president's legal grounds to dissolve parliament over the fact that the lawmakers had not gathered for meetings in winter for more than 30 days, an UNIAN correspondent reported.

"There was a decision of the Constitutional Court in 2004, which clearly defined if the Verkhovna Rada does not gather for the scheduled meetings within 30 days, there are grounds for its dissolution. The Verkhovna Rada of Ukraine of the 9th convocation has never had such a situation when it did not gather for the scheduled meetings," Razumkov said.

He stressed he sees no legal basis for the dissolution of the Verkhovna Rada.

Earlier today, on April 29, Chairman of the Servant of the People parliamentary faction David Arakhamia said the president was not going to dissolve the Verkhovna Rada yet.

If you see a spelling error on our site, select it and press Ctrl+Enter
Tags:UkrainepresidentParliamentVerkhovnaRadaRazumkovdissolution