Yanukovych-era top officials not to return to power: Justice Minister on lustration

A lustration commission may be formed before the end of the year. 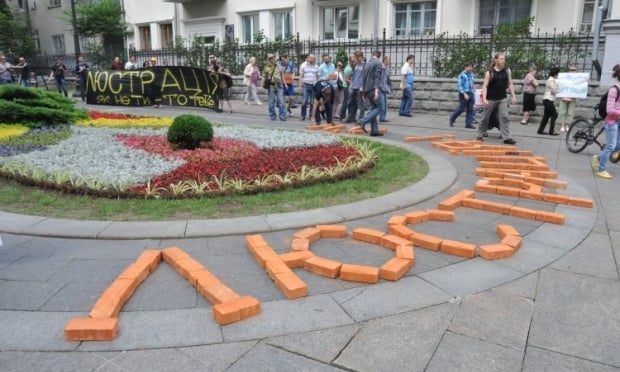 Minister of Justice Denys Maliuska says another round of lustration could begin no earlier than the beginning of 2021.

Commenting on the decision of the European Court of Human Rights, which said the existing law on lustration violated human rights, Maliuska said: "Of course, we will implement the ECHR decision in two directions: compensation have to be paid to those who won the ECHR case, so we will pay it. Another aspect is to bring Ukrainian legislation in line with the requirements of the Convention. We have already developed a bill that introduces changes to the law on power purge, and submitted it to the government. The government will consider it either next Wednesday, or in a week. Then the bill will be submitted to parliament," the minister said.

Maliuska explained that the essence of the bill is that a body will be created – a lustration commission – which could from 2021 start considering appeals of persons sacked as part of lustration procedure, including the categories whose automatic lustration the ECHR concluded was inappropriate. Such persons will either be reinstated or receive compensation for the damage incurred.

Also, the minister noted that some officials dismissed amid lustration will remain out of office: "[T]hese are top officials of the Yanukovych era and members of government from the period of his presidency".

As regards officials who held offices at the times of the Soviet Ukraine, they will no longer be covered by lustration rules because too much time has passed since USSR collapse and their age will not allow them to get into civil service again.

He also added that in the best case, the corresponding bill would be adopted in the fall, a lustration commission could be formed before the end of the year, and “from 2021, according to the most optimistic scenario, the commission will begin reviewing the cases of lustered persons.”

UNIAN memo. European Court of Human Rights on October 17, 2019, published on its website the text of the decision in the case of "Polyakh and Others v. Ukraine" (concerning the dismissal of five civil servants), according to which the lustration of civil servants in Ukraine violated their rights.

The ECHR ruled that with respect to the three applicants, Article 6 §1 (right to a fair trial) of the Convention for the Protection of Human Rights and Fundamental Freedoms was violated due to the lengthy court proceedings in Ukrainian courts and article 8 (right to respect for private and family life) of the same Convention in respect of all five applicants.

At the same time, the Court "did not doubt that in the period when former President Viktor Yanukovych was in power the Ukrainian civil service and democratic governance had indeed faced considerable challenges which justified a need for reform."

However, the Court found in particular that the GCA was of very broad application and had led to the dismissal of the applicants simply for having worked in the civil service for more than a year while Mr Yanukovych was in power or for having been a Communist Party official before 1991. The law therefore had no regard to the applicants' individual roles or whether they had been associated with any of the undemocratic acts which had taken place under the former president. In that context, Ukraine's Government Cleansing Act differed from more narrowly targeted lustration programs put in place in other Central and Eastern European States.

The lustration law came into force on October 16, 2014. It applies to persons who served as top officials for at least one year, from February 25, 2010, to February 22, 2014, and government officials who held positions from November 21, 2013, to February 22, 2014, without resigning from their posts. These persons shall not be able to work in government agencies for the next 10 years, the law says. The Constitutional Court considered the case on constitutionality of a number of provisions of lustration law according to the motions of the Supreme Court of Ukraine and a group of 47 lawmakers. Two motions of the Supreme Court and one motion of 47 lawmakers were combined into one constitutional proceeding.

If you see a spelling error on our site, select it and press Ctrl+Enter
Tags:YanukovychJusticeMinistrylegislationVeniceCommissionlustrationMaliuska