Prosecutor Oleksiy Donskoy believes that the "technical error" by the first instance court could have become the reason for the latest move by the Court of Appeals. 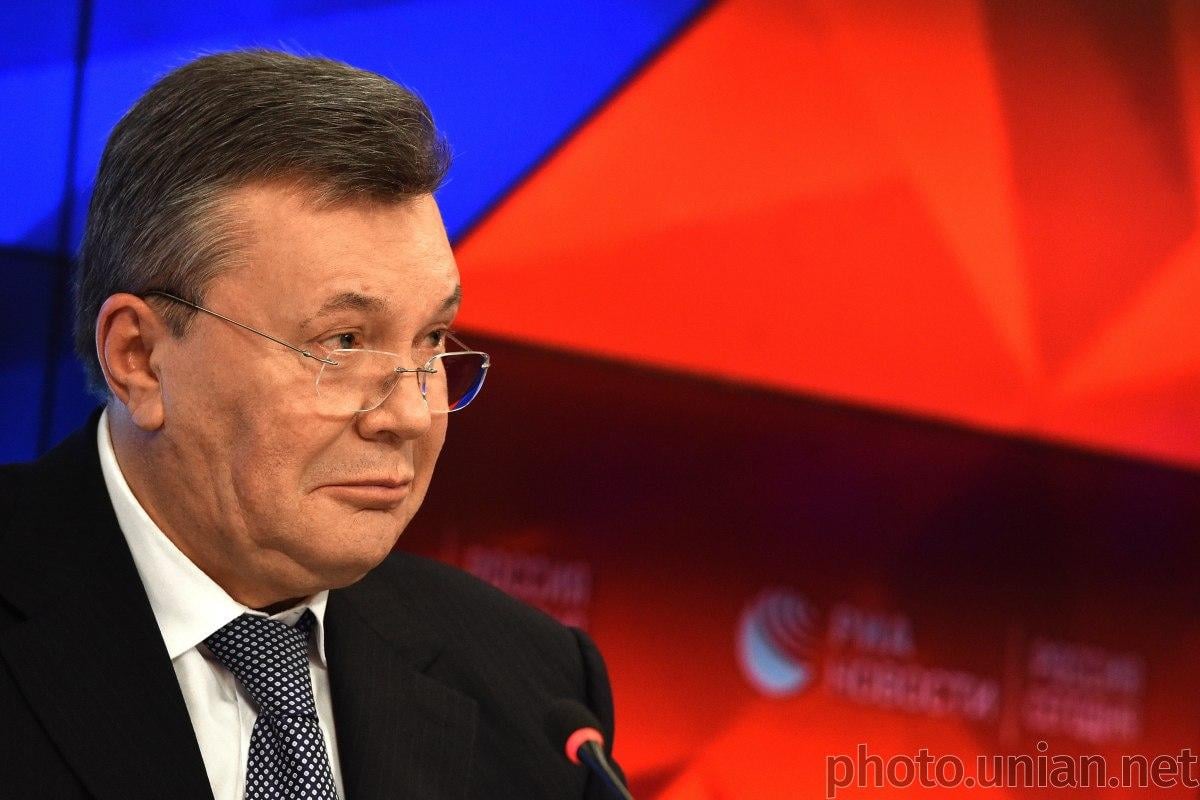 Former President Viktor Yanukovych has not been removed from the wanted list, despite the fact that the appeals court overturned the first instance court's ruling on his arrest in absentia as part of the criminal investigation into the mass shootings on February 18-20, 2014, Prosecutor Oleksiy Donskoy said in a comment to UNIAN.

He noted that the Kyiv Court of Appeal probably made a move to cancel the judgment of the Pechersk District Court of Kyiv to take Yanukovych into custody due to the fact that the first instance court had made a technical error. If the court had not agreed with the arguments of the prosecution, it would have canceled the judgment without obliging it to reconsider the investigator's motion to take Yanukovych into custody, Donskoy explained.

Read alsoUkraine's Foreign Ministry: Russia not to escape responsibility for Kerch incident"The court partially satisfied the motion of Yanukovych's lawyers. We are yet to see the full text of the ruling. It will be released on November 20. But it is likely that the judgment of the Pechersk Court on taking [Viktor] Yanukovych into custody was overturned on some technical grounds, since had there been grounds to cancel the judgment on the merits, the court would have canceled it," Donskoy said.

Donskoy said "this is neither 'treason' nor 'victory'," referring to the colloquial terms in Ukrainian meaning the radical perception of news by the public on both ends of the spectrum.

"This means that the Pechersk Court will consider the investigator's motion to take Yanukovych into custody once again, as part of the investigation into the massacres of February 18-20, 2014," Donskoy stressed.

Besides, the prosecutor explained that the cancellation of the Pechersky District Court judgment does not mean that Yanukovych was removed from the wanted list, or that he would not be taken into custody if arrested, since the court never canceled the ruling on declaring him wanted. Also, another court ruling applies to Yanukovych – the one on taking him into custody in the framework of the investigation into the usurpation of power.

"He is on wanted list in both cases, and there is a ruling on his arrest as part of the investigation into the usurpation of power," said Donskoy.

According to the Criminal Procedure Code, the court shall hand down rulings on taking the suspect into custody within the framework of an investigation in absentia for the entire period of the pre-trial investigation, not two months, as in cases where the suspect has already been arrested.

In the case of Yanukovych, the Pechersk District Court limited the validity of its ruling to two months – it expired on July 10. It is likely that this was grounds for the move of the appellate court to repeal the Pechersk Court judgment and forward the investigator's motion for a new consideration to that court.

Kyiv's Court of Appeals has overturned the ruling to arrest former President Viktor Yanukovych in absentia in the Maidan case investigating mass killings of civilians on February 18-20, 2014.

The Court of Appeals also ordered the court of first instance to reconsider the investigator's motion to select a preventive measure against Yanukovych in the form of detention.