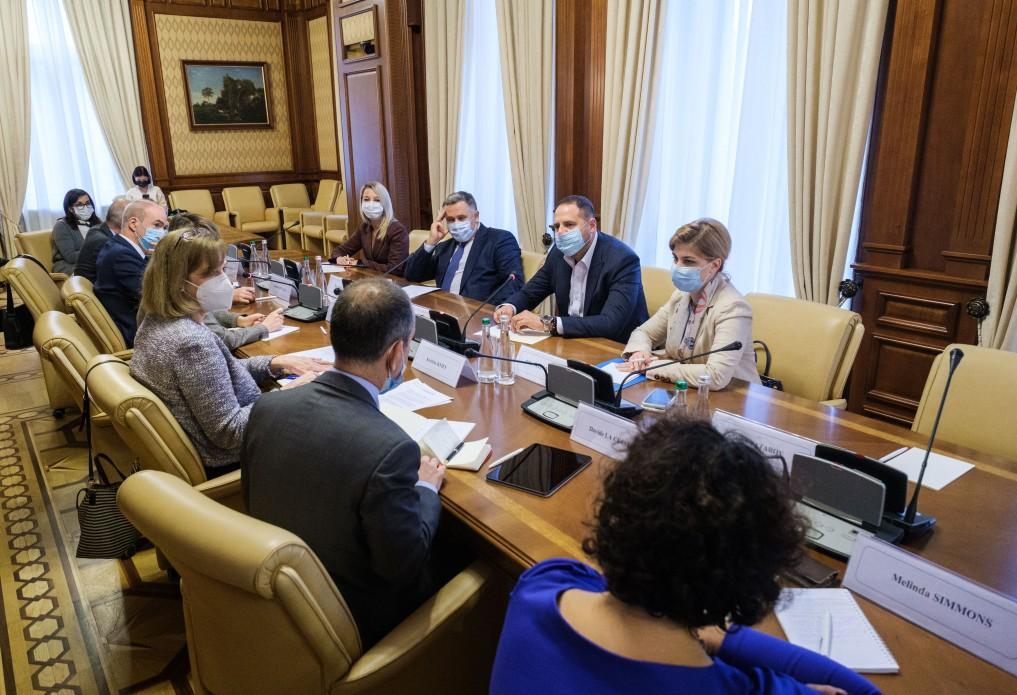 He also called on representatives of the G7 to monitor the work of the Anti-Corruption Council / Photo from president.gov.ua

Head of the President's Office Andriy Yermak has met with ambassadors of the G7 countries during which he announced that the fight against corruption in Ukraine is a principled position for the incumbent government.

The main topic of the meeting was recent developments related to a notorious decision made by judges of the Constitutional Court on government officials' e-declarations, the presidential press service said on October 30.

Yermak briefed the ambassadors on a special meeting of Ukraine's National Security and Defense Council (NSDC) on October 29 and an extraordinary meeting of the government with the participation of the president and the decisions taken at them, the press service said.

"The uninterrupted work of the registers of the National Agency for Corruption Prevention (NACP) resumed and it was announced that all anti-corruption agencies of Ukraine, including the NACP, NABU [National Anti-Corruption Bureau of Ukraine], and others, would continue working," he stressed.

Yermak also said that a bill was sent to the Verkhovna Rada the day before, which should restore confidence in the constitutional proceedings in Ukraine.

In his opinion, the events related to the Constitutional Court involved vested interests, so he expressed the hope that law enforcement agencies would be able to assess the situation. He also said he was convinced that it would be resolved.

"It is very important for us that all leaders, representatives of anti-corruption agencies know the position of the president: today we are really acting as a united front to defend the reforms that we have carried out and continue to carry out. The president is very determined, and he will not stop on the path of reforms and the fight against corruption, no matter who is behind it," Yermak said.

He also called on representatives of the G7 to monitor the work of the Anti-Corruption Council, which is due to meet in the near future, and the reaction of all representatives of political forces, "in order to have a real picture."

U.S. Chargé d’Affaires, a.i. Kristina A. Kvien assured that the G7 was ready to help Ukraine further advance on the path of reforms.

Yermak also informed the ambassadors that there was an active dialogue at the level of advisers to the Normandy Four leaders in the context of preparations for a summit in the near future.

If you see a spelling error on our site, select it and press Ctrl+Enter
Tags:edeclarationsConstitutionalCourtG7ambassadorsAndriy Yermak