The statement came during Zelensky's visit to Kherson region bordering with the temporarily occupied Crimea. 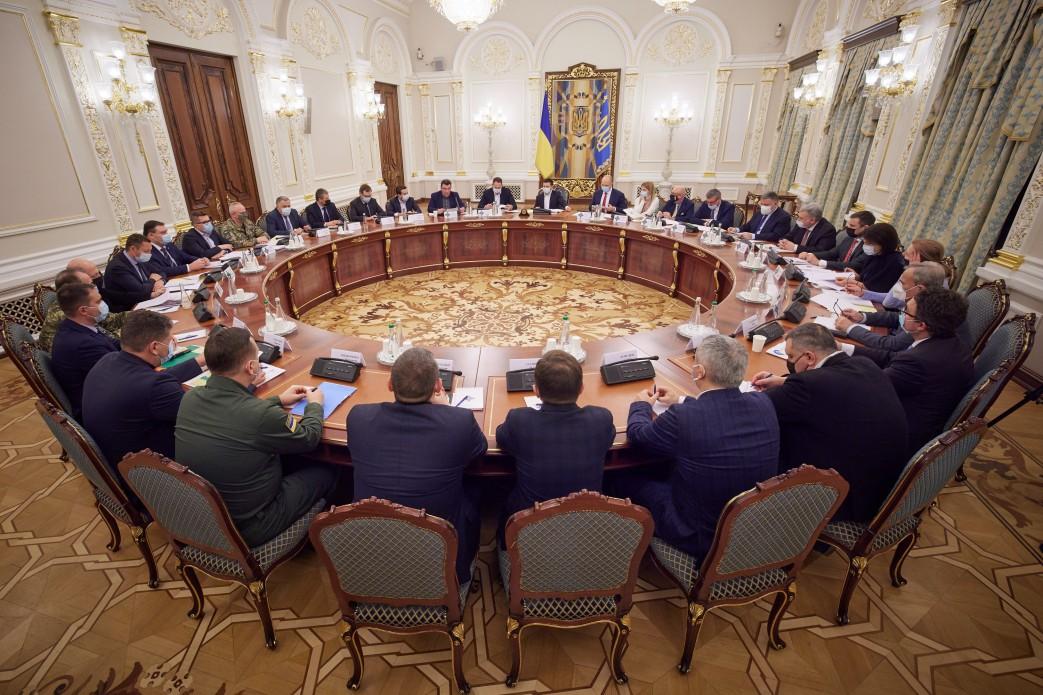 President Volodymyr Zelensky has ordered that the National Security and Defense Council hold a meeting on security issues in the southern part of the country.

While on a working trip to Kherson region, the head of state chaired a working meeting on the security developments at the de-facto border with the temporarily occupied Crimea, as well as across Kherson, Zaporizhia, Odesa, Mykolaiv, and Donetsk regions.

Read alsoZelensky: Military threat on Ukraine's borders persistentAt the meeting, the president said he had visited Ukrainian military positions on the de-facto border with the occupied Crimea, noting that the defenders are keeping their fighting spirits up.

In turn, Secretary of the National Security and Defense Council, Oleksiy Danilov, reported on the security situation in the area and the said regions.

The participants discussed the latest security developments in the designated territories, as well as readiness of Ukraine forces to respond to a possible escalation.

Following the meeting, the president instructed the NSDC Secretary to schedule a Council meeting for the coming days, the report says.