A model-based analysis of the run-off shows Zelensky is taking the lead in pair with all major rivals, namely Poroshenko, Boyko and Razumkov. 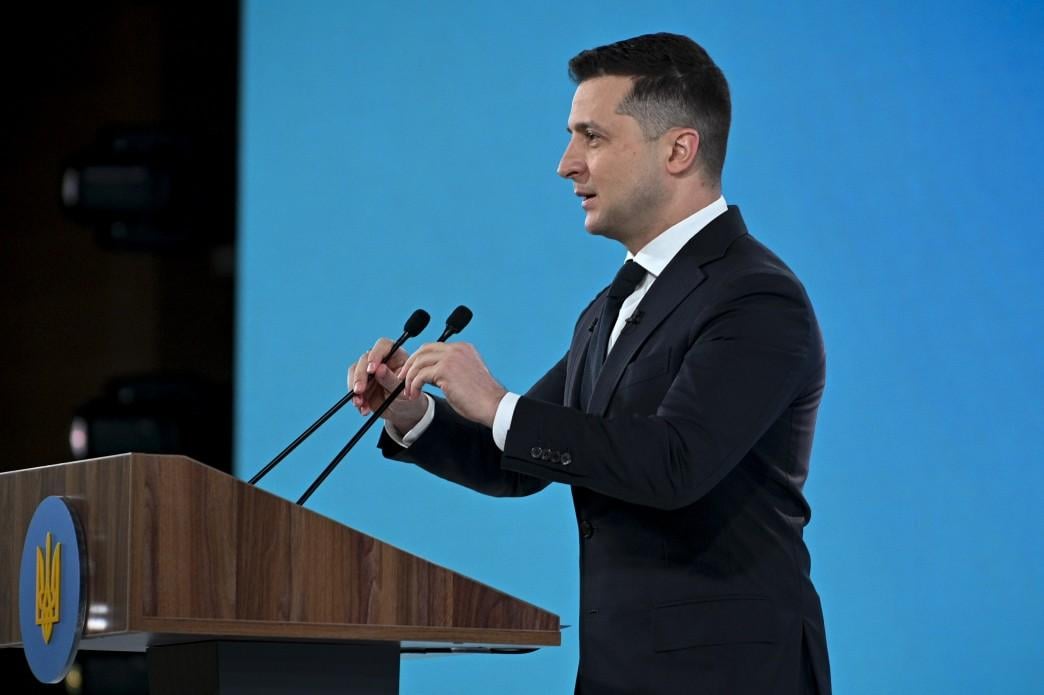 Ukrainian President Volodymyr Zelensky remains in the lead of the presidential ratings.

These are the findings of a survey conducted by the Razumkov Center from January 29 to February 3.

In particular, if the presidential elections had been held in the near future, as many as 15.8% of respondents among those who intend to vote and 23.1% of those who have made up their mind would have supported the incumbent president.

Some 2.4% and 2.8% would have cast their votes for Radical Party leader Oleh Liashko, 1.3% and 2.1% for Verkhovna Rada Chairman Dmytro Razumkov, 1.1% and 1.6% for member of the All-Ukrainian Union Svoboda Ruslan Koshulynsky, 1% and 1.5% for leader of the Opposition Bloc Party Oleksandr Vilkul, and 0.8% and 1.2% for incumbent Kyiv Mayor, UDAR Party leader Vitaliy Klitschko.

A model-based analysis of the run-off shows Zelensky is taking the lead in pair with all major rivals, namely Poroshenko, Boyko, and Razumkov.

Read alsoJournalists with banned pro-Russian media could be denied access to gov't bodiesAt the same time, the early termination of the president's powers and the holding of early presidential elections were supported by 49% of the respondents (34% opposed them).

The survey was conducted through personal formalized (face-to-face) interviews.

Some 2,019 respondents were polled in all regions of Ukraine except Crimea and other Russia-occupied parts of Ukraine, namely certain districts in Donetsk and Luhansk regions.

The margin of error does not exceed 2.3%.