The Ukrainian leader says he sees no serious improvement since the latest Normandy summit. 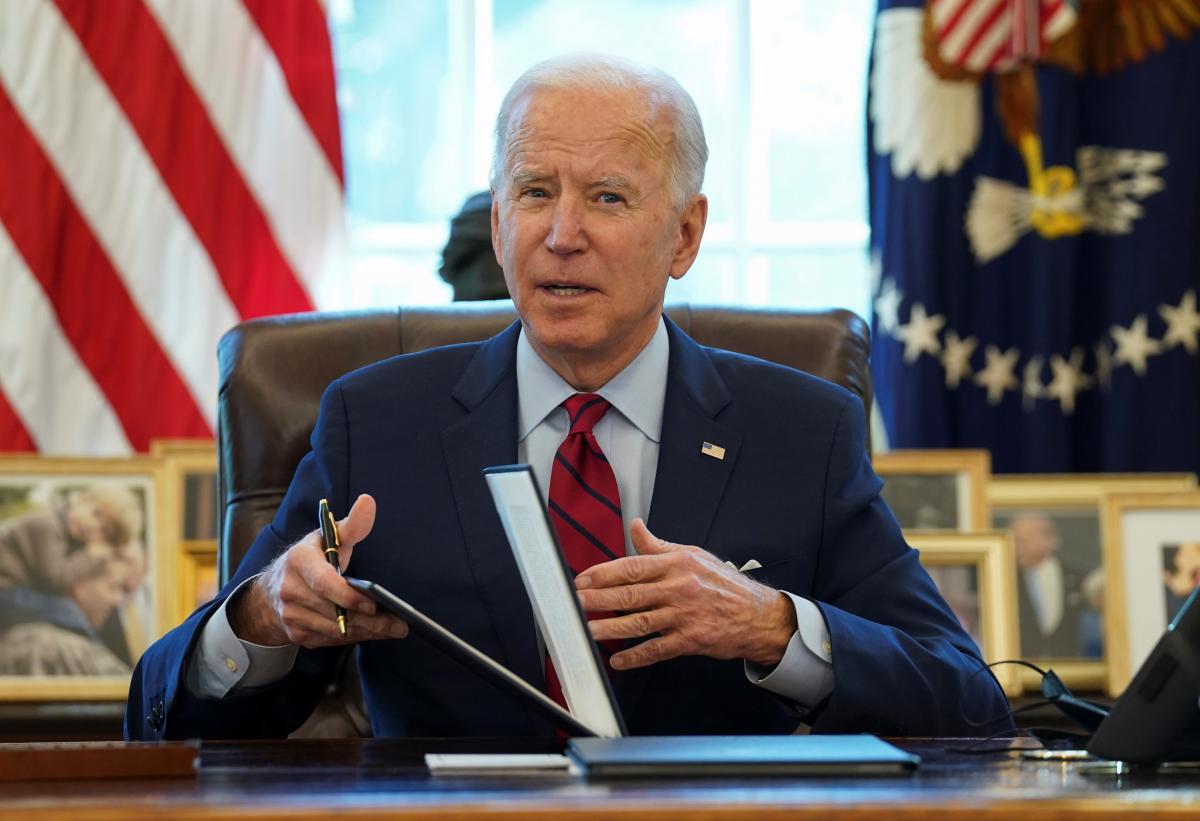 Ukrainian President Volodymyr Zelensky says he would like to involve U.S. President Joe Biden in the Normandy format, or create another, parallel format with the United States and Russia to address the Russian occupation of Crimea among other issues.

"A year and a month have passed since the Normandy meeting, and I do not see any serious steps forward. So I say again: I think it's idle talk. And Russia understands this perfectly well," he said in an interview for Axios on HBO, as reported by the president's press service.

"They [Russians] are playing because they do not want to promote this process according to Ukrainian requirements. Yes, they only want it their way. They see further federalization of Ukraine, and it is true. Weakening of the Ukrainian central government, preservation of separatists in one way or another – I understand what they are doing. We have seen this in Transnistria – the same effect," he said.

According to Zelensky, he told European leaders this frankly: "If we continue in this format, this format, unfortunately, will be exhausted."

The president said he would like such a powerful world player as the United States to have an impact.

"Not theoretical, not outside the circle of the Normandy Four, but to have one of the crucial missions. I would really like to involve President Biden in the Normandy format. I am ready to do anything to reach an agreement with the president of the United States and the Normandy Four. It seems to me that this may intensify negotiations. I also told our European partners openly: if this does not work and if everyone is not against it, I do not see a big problem to create another format in parallel with the Normandy format, which must include the United States and Russia," Zelensky said.

At the same time, he said this is a "parallel case" and "this does not mean that we give up on the Normandy format."

Read alsoU.S., UK may be attracted to Normandy format if all participants agree on – FM KulebaHowever, there are issues that are not on the agenda of the Normandy meetings, namely: What to do with Crimea, he said.

"When I arrived for the first meeting of the Normandy format, I did not understand why we [were] not talking about Crimea. All partners said that Crimea was not on the agenda. And this was an agreement with the former President [Petro Poroshenko]. Then I asked my partners and Russia: 'Name the platform where Crimea is on the agenda. Are you saying that we should give up on Crimea and stop mentioning that this is our territory? As the new president, I cannot afford this. I do not want to. And I will never accept that.' And, I'm sorry, if I had been president then, we would all have died in Crimea, but we wouldn't have let the 'green men' in there. And if the 'green men' had not been let in there, Russia would not have helped the separatists and would not have been in eastern Ukraine. That's why this format should exist, I think," Zelensky added.

The Normandy format is a type of meetings in a quadripartite format, involving Ukraine, Germany, France, and Russia, where issues of Russian armed aggression against Ukraine are discussed.

The name of the format comes from a summit of four leaders, which first took place in Benouville, a commune in the Normandy region, northwestern France, on June 6, 2014.

If you see a spelling error on our site, select it and press Ctrl+Enter
Tags:UkraineUSANormandyFourNormandyformatBidenZelensky