This is Ukraine's first medal at the 2018 Winter Olympics. 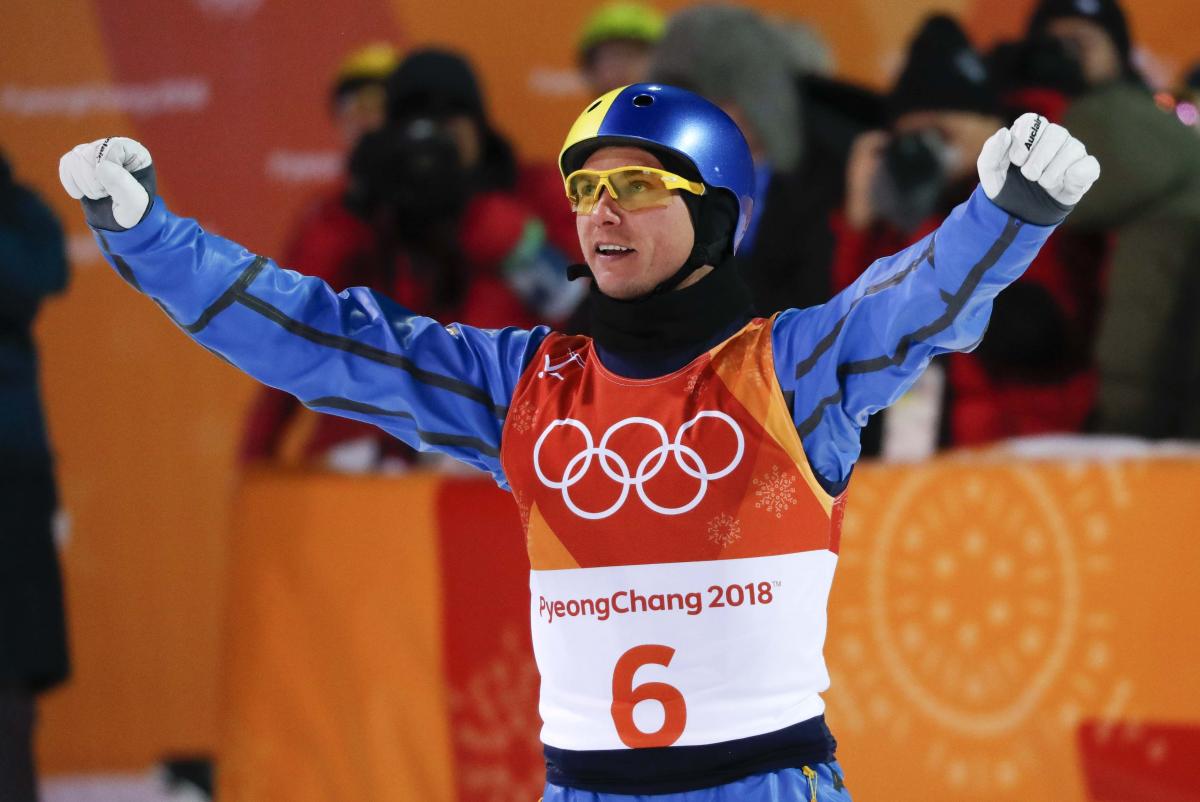 The final consisted of three rounds, with the three lowest-scoring athletes being eliminated at each stage. The highest score from the final round won gold.

Once the field was reduced to the final six, the tension was palpable as each athlete took their final jump.

Abramenko raised the bar, scoring 128.51 to lead going into the final three jumps.

He still led as Jia took to the hill on the last jump of the final. The Sochi bronze medalist landed his jump but could not usurp the Ukrainian, scoring 128.05 to take silver.

This is Ukraine's first medal at the 2018 Winter Olympics.