Based on decisions taken by the UEFA Executive Committee, teams from Russia and Ukraine cannot be drawn together. 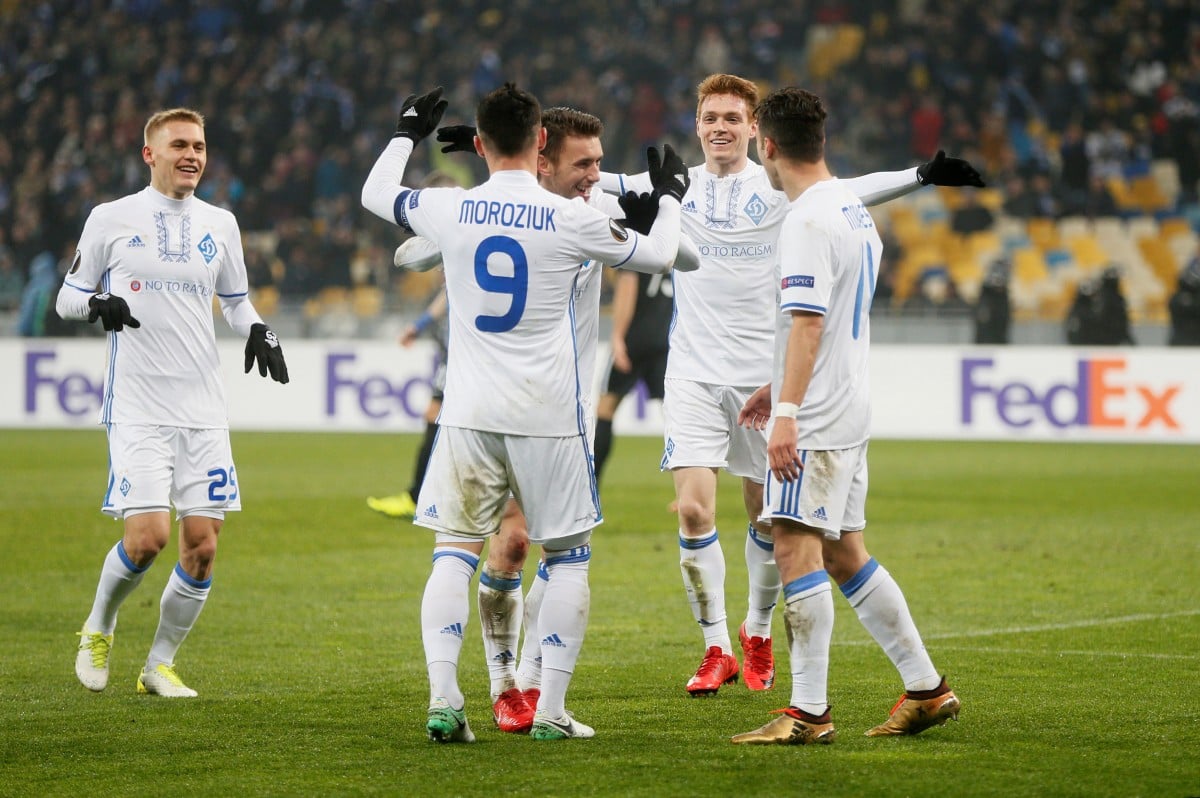 FC Dynamo Kyiv have managed to get to the UEFA Europa League round of 16 after a 0-0 draw in the round of 32 second leg against Greece's FC AEK Athens.

The aggregate score, including the first leg, was 1-1, according to the UEFA's official website.

"FC Dynamo Kyiv won on away goals," it said.

The match was played on Kyiv's NSC Olimpiyskiy Stadium; Matej Jug was the referee.

Read alsoFC Dynamo Kyiv launches eFootball teamThe weather conditions during the game were bad, but the line of defense of the Kyiv team and goalkeeper Denis Boiko helped to defend their goalposts. Moreover, the Kyivans had a chance to score a goal at the end of the game, but Derlis Gonzalez did not choose to play one-on-one with the goalkeeper.

The UEFA Europa League round of 16 draw begins at 13:00CET (14:00 Kyiv time) on Friday, February 23. It takes place at the House of European Football in Nyon, Switzerland.

"It is an open draw. There is no seeding or country protection so all 16 balls will be placed in the same bowl. Based on decisions taken by the UEFA Executive Committee, teams from Russia and Ukraine cannot be drawn together," the UEFA said.

If you see a spelling error on our site, select it and press Ctrl+Enter
Tags:News of UkraineUEFADynamoKyivEuropaLeague