Kapkanov on February 26 appeared in a Poltava court, which ruled he should be sentenced to 60-day imprisonment without bail. 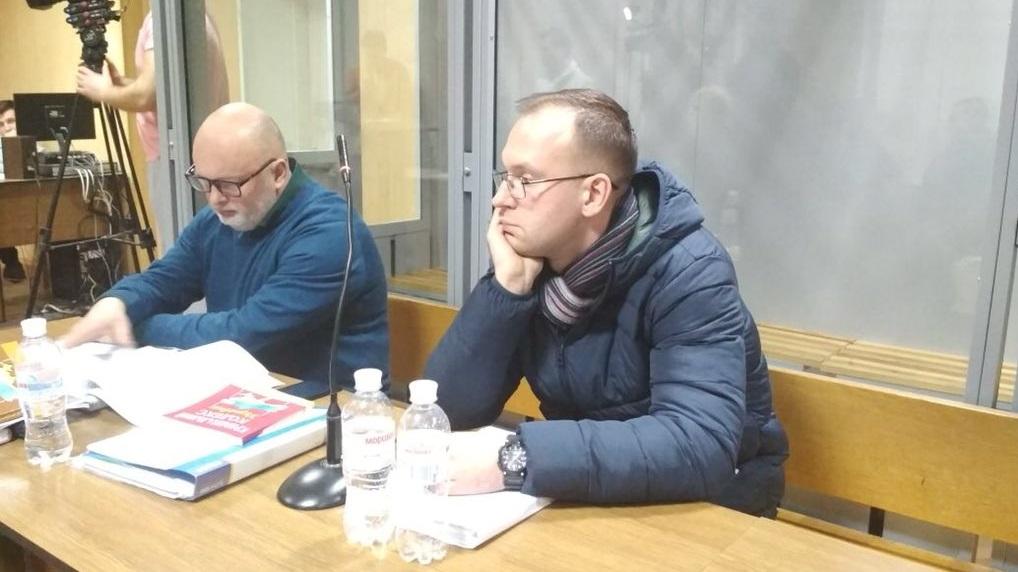 The Ukrainian authorities have rearrested the alleged mastermind of an international cybercrime gang that was busted in international raids more than a year ago.

Russian-born Hennadiy Kapkanov, who is believed to have headed the complex and sophisticated criminal network of computer servers known as Avalanche, was arrested by Ukrainian cyberpolice in Kyiv on February 25, a spokesperson for the Interior Ministry confirmed to RFE/RL.

Artem Shevchenko, the spokesperson, said Kapkanov was found carrying a Ukrainian passport under a pseudonym, a copy of which was provided to RFE/RL.

A laptop, a flash drive, and cash were also seized from the apartment he had rented in the Ukrainian capital, according to an Interior Ministry statement.

A video published by Ukrainian police showed Kapkanov in custody and officers collecting evidence inside the apartment where he was found.

Unlike during his first arrest, Kapkanov did not put up a fight with police, Shevchenko said.

The cybercrime network Avalanche was active for seven years, and it took the efforts of law enforcement agencies from 40 countries to shut it down. That operation, which unfolded on the territories of four countries, took place on November 30, 2016. The FBI and its international partners described the operation as an unprecedented global law enforcement response to cybercrime.

Read alsoU.S. House of Representatives supports Act to boost Ukraine’s cybersecurityKapkanov, then 33, was detained in the Ukrainian city of Poltava on the same day following a brief shootout with police.

The following week, however, Kapkanov was released when a local judge said prosecutors had failed to properly file charges. The decision caused a firestorm among law enforcement agencies, and Prosecutor General Yuriy Lutsenko threatened to have the judge removed.

Kapkanov then disappeared. His whereabouts and movements between then and his rearrest remain unknown, but Shevchenko said he is believed to have been in Ukraine the entire time.

On February 26, Kapkanov appeared in a Poltava court, which ruled he should be sentenced to 60-day imprisonment without bail.

If you see a spelling error on our site, select it and press Ctrl+Enter
Tags:News of UkraineUkrainecybersecurity