Poroshenko on "National Squads": "Did anyone feel safer watching them?

The head of state underlines that the use of unregistered weapons must entail liability. 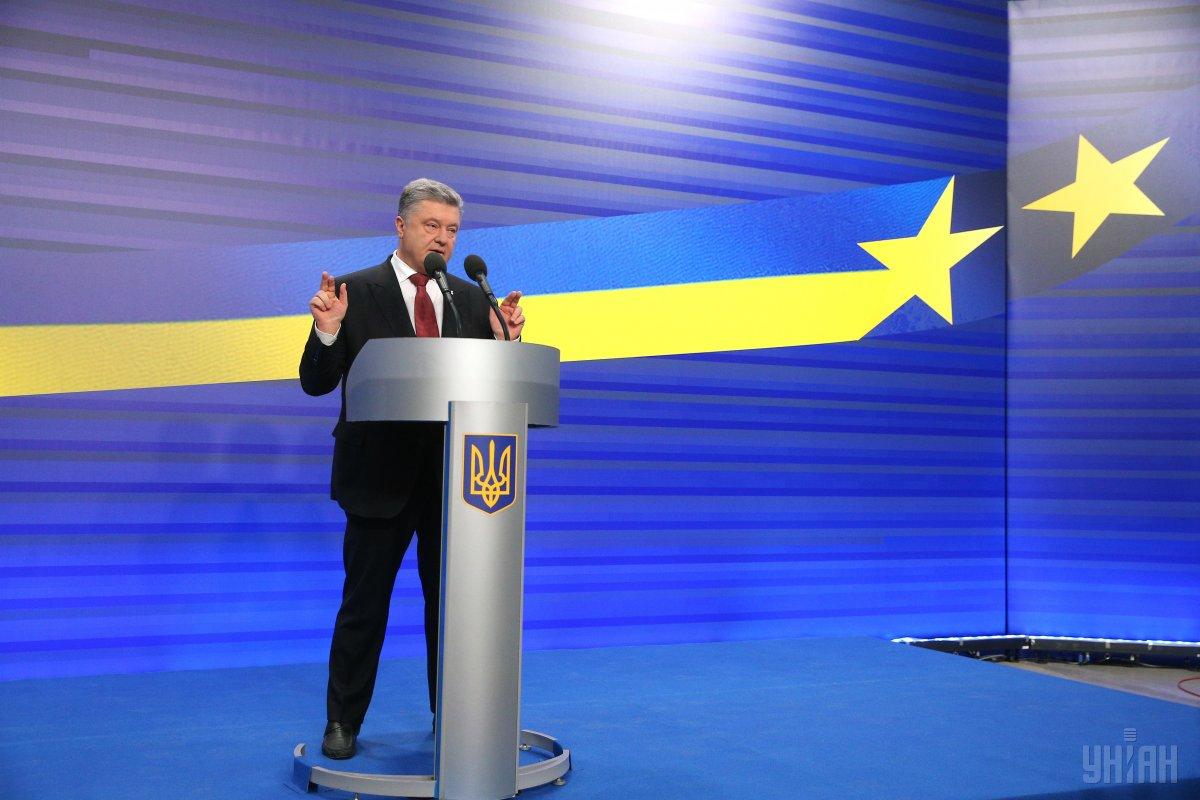 Speaking at a big press conference in Kyiv Feb 28, President of Ukraine Petro Poroshenko emphasized that the state has a monopoly over power and weapons, while illegal groups whose members bear unregistered weapons only destabilize the situation, an UNIAN correspondent reports.

"Monopoly over power and monopoly over weapons belongs to the state," the president said, answering a question on his attitude toward shady "activist" organizations making Ukrainian anxious and presenting Ukraine in the international arena in an unfavorable light.

Read alsoUkraine's Interior Ministry elaborates on duties of newly created 'national militia units' (Video)"If someone uses unregistered weapons, there must be an inevitable responsibility for this, and I demand it from law enforcement bodies," Poroshenko said.

"Please, tell me, did anyone feel safer watching the so-called 'National Squads' on Khreshchatyk? Monopoly over power, monopoly over arms belongs to the state," he said.

According to the head of state, in the latest clashes outside the Rada in Kyiv, the law-enforcers acted in line with the law, unlike a group of provocateurs from among the protesters.