Russian troops and anti-Kyiv militants are continuing active operations in the Donbas conflict zone, with more than 40 attacks being recorded over the last day, the head of the Information Resistance Center for Military and Political Studies, Dmytro Tymchuk, wrote on Facebook on Thursday morning. 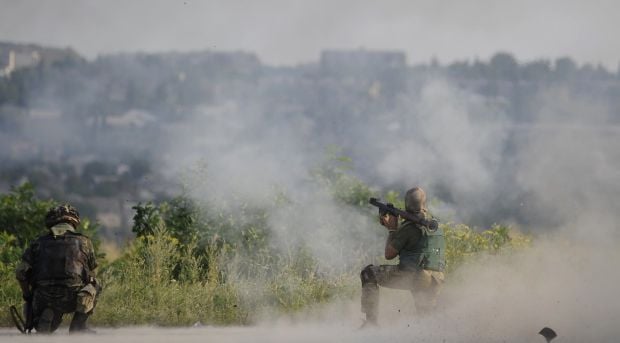 According to Tymchuk, over the last day Russian-backed insurgent forces launched attacks in the Donetsk and Debaltsevo hotspots 14 and 16 times respectively, while Ukrainian forces in the Luhansk area were attacked eight times.

In addition, the military expert named more combat hotspots: the checkpoint near Krymske, with seven attacks, Ukrainian forces positions near Slavne with five small arms attacks, and fortifications and checkpoints in Novomykhailivka, Debaltseve and Maiorsk, which each suffered four attacks.

As UNIAN reported earlier, according to preliminary data from the press center of the Anti-Terrorist Operation several Ukrainian soldiers were wounded in the Donbas conflict zone last night.