The Mufti says that he was assured after the last such "search" that there would not repeat. 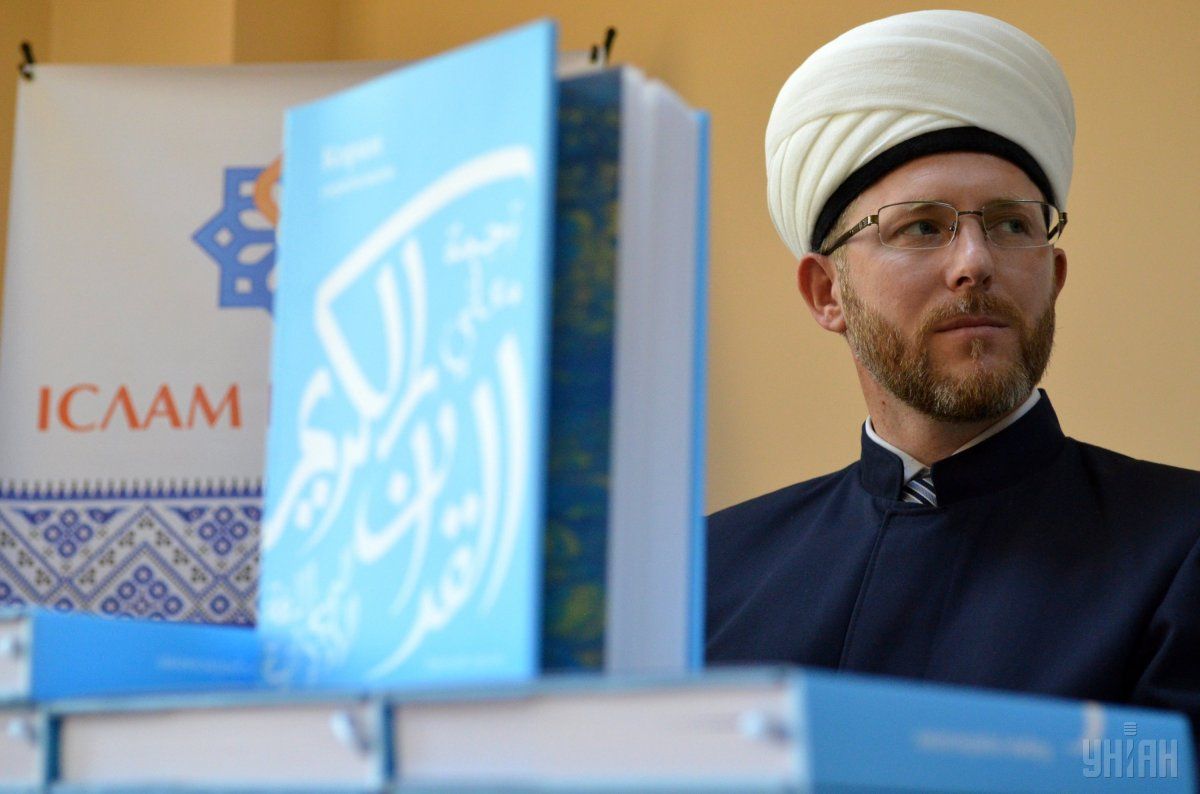 Said Ismagilov, Mufti of the Spiritual Directorate of Muslims of Ukraine, has accused Ukraine's enforcement bodies of multiple infringements during an early-morning search of the Islamic Cultural Center in Kyiv.

Ukraine is using methods, he says, which are disturbingly similar to those applied in Russian-occupied Crimea, the Kharkiv Human Rights Protection Group wrote

A spokesperson for the Kyiv prosecutor's office has rejected any criticism, asserting that the measures were in accordance with the law.

The Mufti reports that the operatives produced a warrant allowing a search for literature "which promotes hatred and cruelty, racial, ethnic or religious intolerance and discrimination".

Read alsoSheikh Said Ismagilov: Terrorists could be of any religion. Like "Russian Orthodox Army" in Donbas... But no one has ever used the term "Orthodox terrorist"According to Said Ismagilov, there was only one security guard present when the SBU [Security Service], police and prosecutor's office arrived at 6:30 on March 6, together with their own "witnesses".

The guard was not allowed to make a call and summon anyone from the management. Since material was allegedly found which Said Ismagilov is adamant had not been there, this serious procedural infringement is of critical importance.

According to Said Ismagilov, law enforcers also searched the flat of the person responsible for the library, Sheik Tarik Sarkhan, where they allegedly found two books hidden behind the fridge.

This is all depressingly reminiscent of searches carried out in occupied Crimea. On the latest occasion, security forces claimed to have found "banned literature" near the outdoor WC, although it was inconceivable that any devout Muslim would have left religious literature in such a location.

The Mufi had earlier pointed out to the SBU that, unlike Russia, Ukraine does not have a list of "prohibited literature". He was told that there had been a court ruling, back in 2012, over a specific book published abroad, which the SBU had confiscated in the course of their criminal proceedings. The views expressed in that book (seemingly linked to the 'Direct Path' movement were not shared by either the Spiritual Directorate or by the Islamic Cultural Center, and neither were the copies of the book stored.

The Mufti says that he was assured after the last such "search" they would not repeat.

Read alsoNineteen people missing in Russian-occupied Crimea – SmedlyaevAs mentioned, the prosecutor's office and SBU assert that the search was carried out in accordance with the law, and that up to 100 items of literature were removed.

Journalist Taras Ibragimov was told by SBU spox Olena Hitlyanska that their operatives had acted merely as "technical personnel". The Kyiv prosecutor's office confirms that the above-mentioned searches in Kyiv were carried out, as well as the one in Poltava. They say that the court warrant was "in order to identify wrongful actions by certain individuals".

The criminal investigation is ongoing under Article 300 Part 1 of Ukraine's Criminal Code (preparing or disseminating works promoting a cult of violence and cruelty".

If you see a spelling error on our site, select it and press Ctrl+Enter
Tags:News of UkraineUkraineSBUraidMuslimsreligion