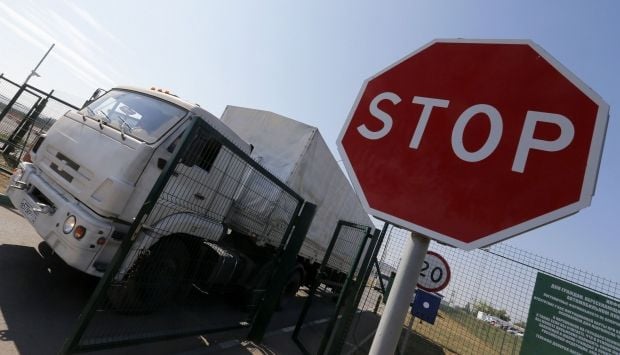 Some of the trucks formed a separate column and began to move through Ukraine’s Luhansk region of Ukraine, Russian news agency RIA Novosti has reported.

It is planned that one column will deliver goods to Luhansk, while the second part of the convoy will travel on to Donetsk, the Russian news agency said.

The fleet of about 100 trucks, according to the Russian authorities, is carrying a total of 1,000 tonnes of building materials, food, medicines, and equipment to prepare for winter to the citizens of Luhansk and Donetsk regions.

This fourth convoy set off from Moscow region on Tuesday, October 28. As in the previous three cases, the Ukrainian government was not informed about Russia’s intention to send aid into Ukraine. Neither has Ukraine been able to fully check the contents of the trucks, nor the International Committee of the Red Cross accompanied the convoy, as had been agreed with the Russian authorities previously.

"None of the previous so-called humanitarian convoys were agreed with Ukraine,” spokesman of the National Security and Defense Council Andriy Lysenko said at a press briefing in Kyiv on Thursday.

"None of them reached the Ukrainian people. This aid was partially sold or was used as a payment for restoration work carried out on terrorist military equipment," he added.

Lysenko said there had been many reports of the aid convoy trucks actually being used to transport equipment from strategically important Ukrainian factories from Ukraine to Russia, as well as to bring weapons to anti-government insurgents.