Ukrainian actor Volodymyr Zelenskiy could be declared persona non grata in Russia and the film Eight New Dates in which he stars could be banned from screening in the country, the Russian newspaper Izvestia has reported. 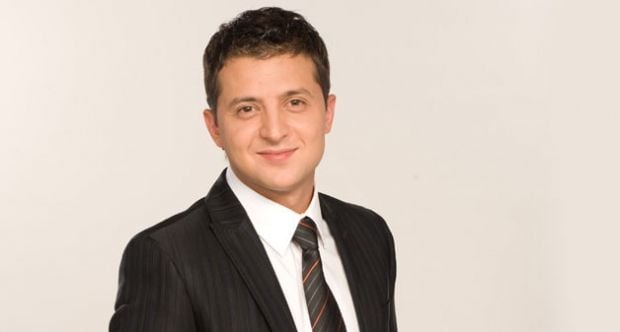 Some in Russia seem not to be amused by a Ukrainian comedy actor's work. / Photo from inter.ua

Appeals to ban the Ukrainian actor were sent by the chairman of the Spravedlivaya Sila youth movement Illya Sviridov to Russia’s Culture Minister Vladimir Medina, the head of the Department of Culture of Moscow Sergey Kapkov, and the Chairman of the State Duma Committee on Culture and Film Distribution Stanislav Govorukhin, the newspaper reported.

"This ‘showman’ is supported by the enemy of Russia Ihor Kolomoiskiy, who is a fundamental and systematic anti-Russian propagandist,” Sviridov wrote.

“He has many times spoken at his concerts in support of the so-called Anti-Terrorist Operation, giving free performances to the National Guard and even donating UAH 1 million for the fight with the separatists. But at the same time Zelenskiy has covered himself with the status of an artist of the comic genre, and said that everything was done in jest."

Sviridov also prepared a statement addressed to the President of Chechnya Ramzan Kadyrov, in which he says that the Ukrainian actor recently joked about the funeral of Kadyrov's father in his comedy shows, Izvestia said.

According to the director of the comedy Eight New Dates Marius Weisberg, Zelenskiy loves the Russian people and does not want to stop working in Russia.

"He lived in Moscow for five years and he associates himself with Russians. Everything that is happening with him just now is an artificially created myth," the director said.