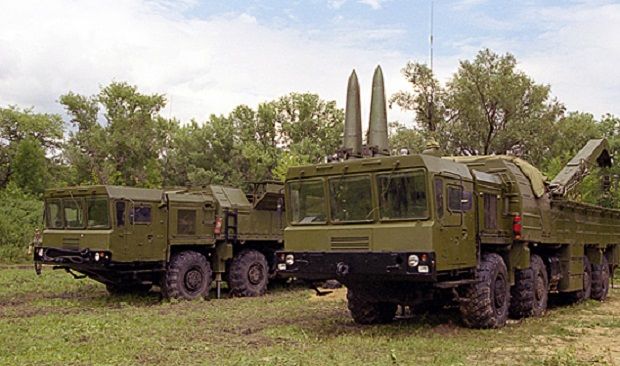 He also said that Russia was significantly increasing its military presence in the breakaway districts of Luhansk and Donetsk regions in Ukraine.

According Tymchuk in border areas opposite the northern areas of the Lugansk region staff of the FSB Border Troops have been placed on a higher degree of combat readiness, while in the border area across from Donetsk region six Russian Iskander missile launchers have been sighted.

In Ukraine itself, Russia has been reinforcing the insurgents, Tymchuk said. He said Russian armored vehicles had been sighted in the areas of Alchevsk, Stakhanov and Pervomaisk, while Russian artillery has been sighted moving through Krasnodon in Luhansk region.

He also said Russian air defense units were being deployed in the area from Yenakieva to Makeevke. Specifically, the deployment of Russian S-300 surface-to-air missile systems has been recorded in the area of Shakhtersk. However, no radar emissions have been recorded from these systems, indicating that they are not operational for now.

Tymchuk also claimed that in Makeevke weapons and military vehicles have been arriving from Russia disguised as military equipment of the Armed Forces of Ukraine – painted matte green, with two parallel white stripes. The numbers of the vehicles have been painted over, Tymchuk wrote.

He said that armor has been moving from the north of Donetsk region, in small groups and covertly, to southern districts near Telmanovo and Novoazovsk.