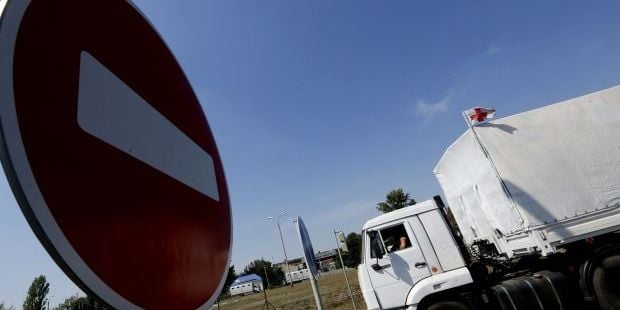 According to the deputy head of the National Center for Crisis Management of the Russian Emergency Ministry, Oleg Voronov, the convoy of ten trucks is currently undergoing customs clearance, and then it will travel to Luhansk.

This is the sixth Russian humanitarian aid convoy to the Donbas since August. Russia has never gained the permission of the Ukrainian authorities to deliver goods by its convoys to the conflict zone in Ukraine.

As reported earlier by the National Security and Defense Council of Ukraine, there had been many reports that Russia’s aid convoy trucks actually being used to transport military equipment from strategically important Ukrainian factories from Ukraine to Russia.

The trucks have also taken out the bodies of Russian soldiers killed in fighting in Ukraine, the Ukrainian authorities say.